How Do I Deal With Depression? 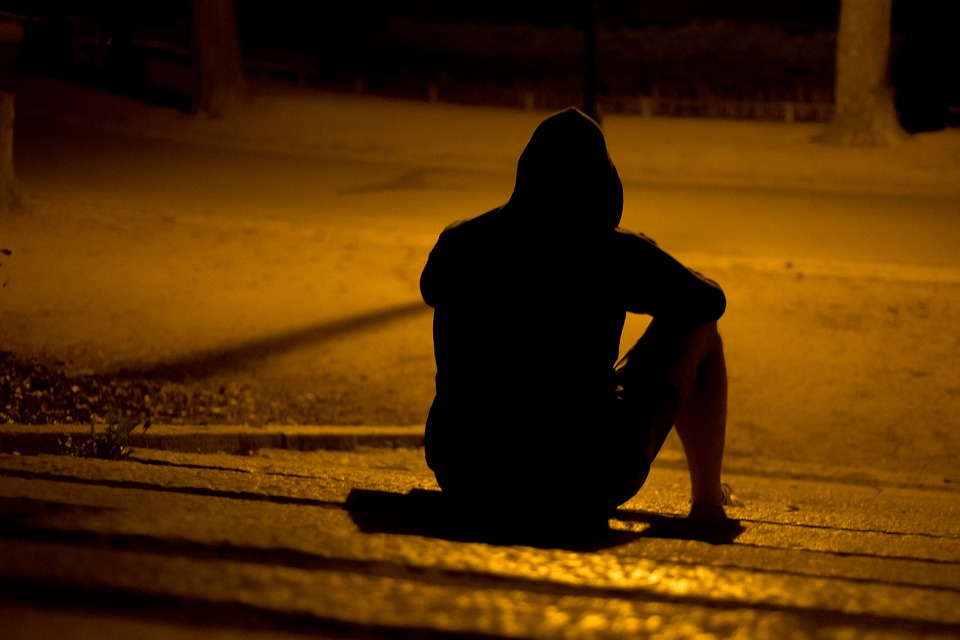 What if I could write only one blog on handling depression, or give just one 15-minute talk on the subject….what would I write or say?

Since childhood, I’ve experienced descents into emotional darkness and despair. In His providence, God hasn’t eradicated my depression. Yet as I look back over the decades, I see how powerfully He has sustained me.

I don’t recall ever missing a class at Columbia International University over the past 39 years due to depression, not even on days when I spent part of my time lying in a fetal position on my office floor, so lethargic in spirit that, other than the classes, I couldn’t function. Ironically, late in the school year of my longest and darkest descent into despondency, 2002-03, students’ rating of my classes went through the roof! Though students typically blessed me with good ratings, that was the highest ever evaluation of any single year of my career. Indeed, the Lord uses people who are weak and needy, reminding me that it is His strength, not mine, that generates fruitfulness (2 Corinthians 4:7, 12:9-10). He uses my speaking and writing to encourage others who feel despondent. Utilizing His means of grace often shortens the stay of a depressive episode, or tempers its severity even when God chooses not to remove it entirely. He grants me days of happiness and stability, yet when a dark mood settles in, whether it is for a day or for weeks on end, here are three ways I deal with it.

There’s a tendency to think that gut-level, honest praying during affliction dishonors the Lord and reveals a lack of trust in Him. I believed that viewpoint as a young adult, but that conviction evaporated as I became more familiar with God’s Word. I no longer believe that taking my doubts to Him, complaining to Him about what I perceive as His aloofness during my depression, or questioning His loyalty to me is necessarily wrong or immature.

Oh, it isn’t appropriate to ball up my fists and shake them in the face of God, to grit my teeth as I spew bitterness toward Him. Somewhere there’s a line of disrespect that I must not cross. But lament, as modeled by the Psalmists, nonetheless voices doubts to God, asks Him hard questions, and expresses uncertainty about God’s goodness. A few of my favorite examples of lament are Psalm 6, 13, 42-43, and 73. Biblical laments typically end on a positive note, expressing confidence in God after venting negative feelings.

Check out the six verses of Psalm 13. David started by wondering whether God had forgotten him and complaining that God had hidden His face from him. Then several verses later, David affirmed God’s love for him and sang to Him because of His past faithfulness. David’s circumstance that fueled his lament didn’t change between verses 1 and 6, yet his attitude did an about-face after he approached God honestly.

Ironically, honest disclosure to God about how I feel during affliction is a sign of deep faith in Him, not an indicator of a lack of faith. I don’t plead with or ask hard questions of someone I do not believe in. I don’t appeal to God when I’m hurting unless, deep down, I think He cares and is powerful enough to intervene.

I love how Mark Vroegop puts it in his book, Dark Clouds, Deep Mercy: Discovering the Grace of Lament:  “Lament is how we bring our sorrow to God. Without lament, we won’t know how to process pain. A lament reveals trust because, without hope in God’s deliverance and the conviction that He’s all-powerful, there would be no reason to lament when pain invades our lives.”

When what I vent to God is cruddy and wrong, I admit to Him that my attitude needs an adjustment. I ask Him to do the necessary work of transforming my heart and mind. Yet He wants honesty from me, not a “snow job” that covers how I really feel.

Preach to Myself Promises

“Preaching to myself” is the act of giving a biblically informed rebuttal to negative and untrue things that I tell myself in moments of despondency, or during other tests of faith. No matter how I’m feeling, I combat discouragement, hopelessness, or any harmful, untrue thought pattern by reminding myself of what God’s Word says. The timeless promises in Scripture provide the raw material for the messages that I preach to myself.

Frequently, an inner voice taunts me during depressive episodes, informing me that God doesn’t care or isn’t powerful enough to alleviate my despair. The voice says, “Things will never get better for you. You’ll never be happy again!” That’s when I quote to myself Psalm 42:11, which acknowledges the pain and yet instills hope: “Why are you in despair, O my soul? Why have you become disturbed within me? Hope in God, for I shall yet praise Him, the help of my countenance, and my God.” When I doubt God’s power during affliction, I mull over Jeremiah 32:27, where God insists, “Behold, I am the Lord, the God of all flesh. Is anything too difficult for Me?”

Sometimes that nagging inside voice says, “When is the last time you felt God’s presence? Terry, it has been a long time since you went through a day with a keen awareness of His presence. Why in the world do you keep serving Him?!” Then I remind myself that His Word is far more reliable than my feelings, that it isn’t necessary to feel His presence in order to have it. The key question for me isn’t, “What do I feel?” but “According to God’s Word, what is true?”  I quote to myself Isaiah 41:10: “Do not fear, for I am with you; do not anxiously look about you, for I am your God. I will strengthen you, surely I will help you, surely I will uphold you with My righteous right hand.” Shifting my mental focus to God, to who He is and what He has promised, assuages my doubts and restores some degree of vitality within me.

I’m not saying that quoting a pertinent promise from God’s Word magically ends my despondency. I am saying that no matter what causes my depression, I have a spiritual battle to fight. It is a battle of belief. Will I believe the negative self-talk that typically accompanies depression, or will I combat the lies with truth from God’s Word? My feelings are fickle, but God’s promises aren’t.

Relying on God’s Word in this manner increases my faith in Him, decreases the severity of depressive episodes, and enables me to fulfill God’s calling on my life even if He doesn’t eradicate my vulnerability to depression. He’s capable of healing me completely of depression, but if He chooses not to do so, I plead with Him to redeem it. I tell Him that I yearn to see His sustenance of me so I’ll more often praise Him, and so others may benefit from what I’m learning through the affliction.

The most important, life-changing sermons I’ll ever hear are the ones I preach to myself. I don’t memorize God’s Word because I’m spiritual, but because I’m needy and require that fuel for the survival of my soul. (Then again, perhaps authentic spirituality involves taking my neediness to Him!)

Depression isn’t a battle I can win alone. A means of sustaining grace for me is the Body of Christ (other believers). Galatians 6:2 says, “Bear one another’s burdens, and thus fulfill the law of Christ.” In the first century, the term “burden” was a shipping term, sometimes referring to a boat that was overloaded with cargo and prone to sink. The typical stressors of life sometimes overwhelm me and spawn despondency. On such occasions, I identify an external trigger for my bleak mood. At other times, I can’t pinpoint a reason for waking up with a heaviness of spirit, or with a high humidity in my heart that saps motivation. Whether or not I’m able to identify a reason for the despondency, I’ve learned to lean on others, or as I like to call my closest friends, rely on “God with skin on.”

Yet no one can help me bear a burden unless I admit that I’m overloaded!

Years ago, pride kept me from admitting despair or mentioning it to anyone. I figured I’d lose my credibility as a Christian leader and Bible teacher if others saw that I didn’t have it all together inside. I concluded that others would view me as weak or immature. I falsely believed that deep depression, as well as the anxiety it spawns, are always generated by weak faith. I perceived that admitting to depression revealed the polar opposite of a core value of my university: victorious Christian living.

Wrong!  Galatians 6:2 and many other relational commands in the New Testament affirm my need for others during my earthly pilgrimage.

I recall the horrendous, all-consuming despair that enveloped me on many Sunday afternoons in 2002-03. I didn’t think I’d survive the long hours until bedtime when sleep promised a temporary reprieve. I’d call Louise, an elderly, homebound member of our church with a reputation as a prayer warrior. She literally went to war for me numerous times over the phone, fervently and boldly going before God’s throne and asking Him to hold fast to me for the remainder of the day. Since Louise’s homegoing, I often call Howard, my best friend, and pour out my pain through tears. He never fails to pray for me over the phone. Often, his own sobbing punctuates his prayers for me. Tom, a Christian counselor, explains how symptoms of depression affect my closest relationships. He offers concrete suggestions that help keep my depression from impinging on those relationships.

Everyone needs a Louise, a Howard, and a Tom.

At some point in my spiritual pilgrimage, as I deepened my grasp of Scripture and read biographies of saints who repeatedly battled depression, yet who lived outrageously fruitful lives, my thinking changed. I discovered that living victoriously for Christ is not the absence of affliction or despair. Rather, how I handle it or respond to difficulty determines whether I am living victoriously. Suffering is inevitable as a fallen person living in a fallen world. Perhaps God receives more glory in my life when I’m weak and needy, and with desperation, I call on Him to sustain or to rescue me. My plea gives Him the opportunity to do what only He can do! He gets the most glory when others see that the only reason I keep going as a believer, or as a teacher and writer, is my daily reliance on Him and my persistent use of His means of grace.

God’s Word acknowledges that His people are weak and needy and must run to Him and tap into His means of grace. I’ve only examined three of those avenues of grace here: pray honestly when I’m hurting; memorize His promises, choosing to believe them instead of my feelings; and exercise the transparency needed to depend on the presence and support of other Christians.

Oh, how grateful I am for the prayer prompt offered in Psalm 50:15: “Call upon me in the day of trouble; I shall rescue you, and you will honor Me.”  When he reflected on this verse, the depression-prone preacher Charles Spurgeon, a spiritual giant whose books are still in print over a hundred years after his death, wrote this: “God gets from us most glory when we get from Him much grace.”

Wow! The more I need God’s grace each day, the more opportunity He has to reveal His might and glory!

That’s why I’m transparent about my depression. It’s okay if you see me as weak, so long as you see that the Savior on whom I lean is strong!