IT IS HIGH TIME WE LAUGHED ABOUT POLITICS! 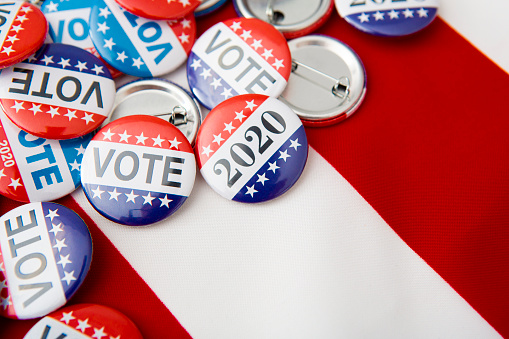 The recent presidential election in the U. S. was the most polarizing one in history. Strong feelings erupted from people on both sides of the political aisle. Each of us probably holds deep convictions concerning the platform of each major party.

But let’s sit back and enjoy some humor, generated by comical or nonsensical remarks made by bureaucrats from both major political parties. In parenthesis, I’ll sometimes add my own reflection to what they said.

From the Mouths of Presidents and Vice Presidents

*Gerald Ford: “Things are more like they are now than they’ve ever been!” (Did he take one too many hits when he played football in college?)

*”When a great many people are not able to find work, unemployment results.” Calvin Coolidge (Hmm…with that kind of keen intellectual insight, no wonder they voted him president!)

*From George H. W. Bush, when he served as Vice President: “It’s no exaggeration to say that the undecideds could go one way or another.” With deep conviction, he also said, “I have opinions of my own. Strong opinions. But I don’t always agree with them.”  (OK, so polarization in politics is nothing new. It even happens inside the mind of the same politician!)

*His son, George W. Bush, also chose words that ran amuck:  “I am mindful of not only preserving executive powers for myself but for my predecessors as well.” (Did he major in history?) He also said, “More and more of our imports come from overseas.” (What an amazing grasp of foreign and economic policy!)

*Vice President Hubert Humphrey: “No sane person in this country likes the Vietnam War, and neither does President Johnson.” (To think they were once friends…..)

*”A low voter turnout is an indication that fewer people went to the polls.” Vice President Dan Quayle. He also said, “I believe we are on an irreversible trend toward more freedom and democracy, but that could change.” (Just think of how many erudite statements we’d have if he had become president.)

From Governors, Mayors and Other Bureaucrats

*Referring to a natural calamity in California (a flood), Jerry Brown remarked, “This is the worst disaster in California since I was elected.”  (Perhaps his honesty and humility are what won him the election.)

*Concerning the high crime rate in Philadelphia, Mayor Frank Rizzo proclaimed, “The streets are safe in Philadelphia. It’s the people who make them unsafe.” After criticism for appointing his brother as fire commissioner, Rizzo said, “Whadaya mean, nepotism? He’s my brother!” (Maybe he should have appointed his brother to an educational post.)

*”Except for all the murders, we have one of the lowest crime rates in America.” Mayor Marion Barry of the District of Columbia, including Washington, D. C. (He probably consulted with his pal in Philadelphia concerning what to say to the press.) Barry also remarked, “I am a great mayor. I am an upstanding Christian man. I am an intelligent man. I am a humble man.” (Not everyone who’s that humble is aware of it, you know.)

*To a group of wheelchair-bound people, being honored by Texas Speaker of the House Gib Lewis on Disability Day: “And now, will ya’ll stand and be recognized?” (I heard he got new glasses the next day.)

*From the lips of an unnamed senator: “Why can’t the Jews and the Arabs just sit down together and handle this like good Christians?” (So that’s the senator who was later nominated for the Nobel Peace prize!)

*”I always wait until a jury has spoken before I anticipate what they will do.” U. S. Attorney General Janet Reno  (And after all the federal verdicts were rendered during her tenure, she guessed correctly over 80% of the time!)

*”The president doesn’t want any yes-men or yes-women around him. When he says no, we all say no.” Elizabeth Dole,  assistant for a public liaison to President Reagan

*Senator Barbara Boxer, after the San Francisco earthquake in the late 1980s: “Thank God, I’m still alive. But those who died, their lives will never be the same again.” (Voted “Most Sensitive” by her senatorial colleagues that year.)

*”I am pro-choice with limitations and pro-life with exceptions.” Senator John Warren  (It’s so refreshing to see such firm convictions in a politician.)

Perhaps subsequent generations of politicians should have heeded Abe Lincoln’s words: “It is better to remain silent and be thought a fool than to speak out and remove all doubt.” Perhaps verbal blunders similar to the ones I cited prompted Mark Twain to write, “Reader, suppose you were an idiot. And suppose you were a member of congress. But I repeat myself…”

Perhaps you continue to spar verbally with others about the recent election. If so, be careful what you say and how you say it.  According to Proverbs 10:19, “When there are many words, transgression is unavoidable, but he who restrains his lips is wise.”  And in Proverbs 15:1, a wise man added, “A gentle answer turns away wrath, but a harsh word stirs up anger.”