THE MINISTRY OF PAIN 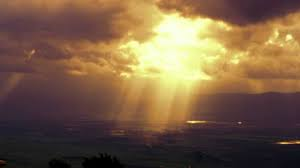 Plagued by morbid introspection, often unable to apply the grace of God that he shared with others to himself.

An unusually strong strain of weakness and depression in his family that was later traced over a span of two centuries.

An inner despair that prompted him to wish for death 22 times in the diaries he kept.

He spat blood over a seven-year period, dying of tuberculosis at the age of 29. Physical pain often forced him to bed. He wrote, “I was sometimes almost bereaved of the exercise of my reason by the extremity of pain.”

While at Yale, studying for vocational ministry, officials expelled him for criticizing a tutor. The expulsion prevented him from taking a pastorate or assuming the role of an instructor. Repeated attempts to be reinstated failed.

Definitely not a strong candidate for a fruitful life and ministry! Who wants a physically frail and emotionally destitute man to serve among them?

Ah … but God! Needy people who don’t seem to qualify for productive ministry are the ones who, in His reverse logic, are prime candidates to reap eternal dividends.

No one’s story encourages me as much as David Brainerd’s. The words that follow explain how God’s light penetrated the darkness of Brainerd’s spirit.

David Brainerd (1718 – 1747) took the gospel of Christ to Native Americans in Massachusetts, Pennsylvania and New Jersey, often living alone with sparse food rations and exposure to cold. Prone to episodes of overwhelming hopelessness, Brainerd endured many days of joylessness, often slinking into despair over awareness of his sin, or over an incapacity to feel more love for the people he was trying to reach. Physical frailty only exacerbated his psychological anguish.

In 1845, a couple of years after launching missionary work among Native Americans, God’s Spirit brought a spiritual awakening in New Jersey. Within a year, the church Brainerd started numbered 130, all conversion growth.

Brainerd kept diaries in which he described bouts of despondency, disclosed his consciousness of sin in light of God’s holiness, and recounted efforts to evangelize Native Americans. One day he’d describe sweet fellowship with God while he fasted and prayed for revival among the Native Americans, but the next day he’d mourn over his own sin and lack of love for the people he was trying to reach. The pages of his diaries teem with honest self-disclosure as well as desperate dependence on God for physical and emotional sustenance.

Though he often yearned for death as an escape from his misery, he persisted in proclaiming Christ, even when he coughed up blood and when his own temperamental makeup eclipsed his ability to experience the joy inherent in the gospel. One entry in his diary revealed his acceptance of physical and emotional weakness and a deeply entrenched desire to finish well: “Oh, for more of God in my soul! Oh, this pleasing pain! It makes my soul press after God. Oh, that I might never loiter on my heavenly journey.”

After his death, the fruit of Brainerd’s life multiplied exponentially. In 1749, Jonathan Edwards took the diaries and published them in book form, titled Life of Brainerd. That book has never been out of print! Renowned missionaries and leaders galvanized by Brainerd’s story include John Wesley, Henry Martyn, William Carey, Robert Murray McCheyne, David Livingstone, Andrew Murray and Jim Elliot.

Here’s a perspective that injects hope within me that God can use my own despondency for a redemptive purpose. The borders of Brainerd’s impact weren’t expanded in spite of his emotional and physical afflictions, but because of them.

His story has resonated with many servants of Christ over the years because they, too, wrestled with sinful propensities, episodes of despondency and physical frailties. They believed they were candidates for the same divine grace they observed in Brainerd’s life. John Piper, himself buoyed by Brainerd’s story, offers this apt summary statement: “Brainerd’s life is a vivid, powerful testimony to the truth that God can and does use weak, sick, discouraged, beat-down, lonely, struggling saints who cry to Him day and night to accomplish amazing things for His glory.”

Piper elaborates on Brainerd’s influence: “The impact of Brainerd on the church has been incalculable. Beyond all the famous missionaries who tell us that they have been sustained and inspired … how many countless other unknown servants must there be who have found from Brainerd’s testimony the encouragement and strength to press on.”

Here’s how God’s Spirit speaks to me through Brainerd’s story and uses it in my life.

Oh yes…God knows what He’s about!

Get excited and hopeful about what God wants to do through you, because of what He did through the fragility of David Brainerd.

How do the insights from Brainerd’s story make you feel today? Why?

Will you refrain from using your own weaknesses and frailties as an excuse not to serve the Lord?

Who else could benefit from these insights from the life of Brainerd? Will you send him or her this article today?