5 WORDS FROM A STUDENT THAT CHANGED MY LIFE 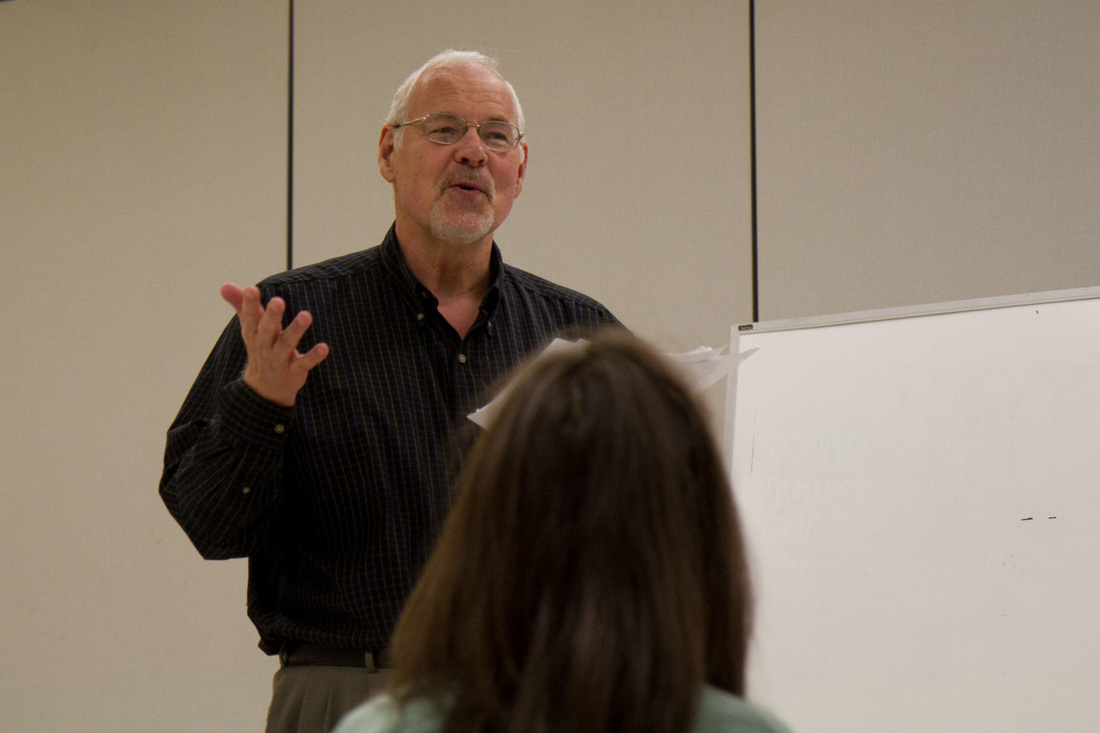 Have you ever been decked by a verbal punch?

During the fall semester of 2007, one succinct, unsolicited remark by a student sent me reeling. It came out of the blue, like a boxer who is far behind in points on all the judges’ scorecards, but who connects with a sudden knockout punch in the final round.

In that session of a church ministry course at Columbia International University, I emphasized the need for a relational approach to ministry among church staff. I gave a passionate plea for those future leaders in my class to spend time with people outside of events on the church calendar. To conclude, I gave a true story to illustrate the absence of such a behind-the-scenes relational posture. When I finished, the student said something that penetrated deeply into my mind and heart, prompting me to take time later that day for self-examination and confession.

In that classroom moment, a 30-year-old student became his professor’s teacher. What did he say? (In front of other students, no less!)

Allow me to set the stage for those bruising, unexpected words.

When my older son Mark was 12, I required him to attend church meetings on Sunday morning, including the Sunday School class for his age group. But I left his participation in other youth programs to his discretion. Right or wrong, I believed in giving my sons more freedom of choice as they approached adolescence. Yet I yearned for him to cultivate deeper friendships with other young Christians, envisioning a positive form of peer pressure to help him navigate the pressures and temptations of adolescence. I also knew that he liked our Youth Pastor, Brad (not his real name).

I encouraged Mark to sign up for a week-long summer camp for middle schoolers in our church. He hesitated to commit to what I thought could be a spiritually-formative event. That’s when I drove to the church office to speak face-to-face with Brad. I planned to ask him to call my son and to extend a warm, personal invitation to the camp. I figured that the personal touch of a phone call might nudge Mark to attend.

Before I proceed with the story, know this: I believe that the spiritual nurture of a child is the parents’ responsibility. The church is there to assist them, but youth leaders cannot eclipse the importance of a dad’s and mom’s example of faith and their own efforts at spiritual nurture. Nonetheless, I knew how vital other adult role models and peers are to a child’s spiritual development.

After greeting Brad, I explained my reason for coming and asked if he would call Mark and whet his appetite for the camp. I was only asking for several minutes of his time, so I figured he‘d jump at the chance to speak to a kid who was on the fence concerning his participation.

Brad’s response surprised and disappointed me.

“I’ve already promoted the camp in Mark’s Sunday School class and sent a mailer to everyone as well,” Brad said.  “I’ve explained the benefits of going, including all the fun things we’ve planned. I don’t see how a call would do any good. Besides, I don’t have time to make individual calls. If I called Mark, I’d have to phone every middle schooler who hasn’t signed up for the camp.”

I pleaded with him to reconsider, told him how much Mark thought of him and why I perceived the camp as a significant opportunity for Mark to bond with other kids. I informed him that none of Mark’s close friends were in the church, and this event could change that. I also pointed out that he probably would not be getting such a request from other parents.

Stunned by his refusal, I left. Though I realize I wasn’t objective about the encounter, I viewed his attitude as insensitive and uncaring. Despite all of my own flaws, I couldn’t conceive of turning down a burdened parent if I were on the receiving end of such a request. I put the incident behind me.

Or so I thought.

Let’s fast-forward to 2007 and the church ministry classroom. When I illustrated from the Bible that day how Jesus and Paul had modeled a caring, personable ministry style, I spoke energetically. When I led a discussion of ways a church leader could apply this principle, what it could look like in his or her schedule, I moved around the room and exhibited enthusiasm for students’ brainstorming. When I told the story of my son and his youth pastor, my volume ramped up and I gestured with even more animation.

I wrapped up the story with an intense challenge. “Never, ever let me hear that you failed to reach out to a kid in response to a burdened parent’s request!”

I viewed the story as an extension of my fervor for the relational leadership principle. Yet the student who interjected his unsolicited opinion saw through me. He heard a harsh tone of voice and observed the grinding of my teeth. He noticed not a passionate prof, but an angry, resentful one who had not dealt appropriately with negative emotions leftover from the encounter with the youth pastor.

After class that day, the student’s words kept roiling around in my head. I asked the Lord, “Is he on target?”  Immediately, the Holy Spirit’s heavy hand of conviction confirmed that his words had hit bull’s eye. I confessed to the Lord and asked Him to help me spot the encroachment of bitterness a lot sooner from then on. In retrospect, I can’t believe how blind I had been for two decades to what was obvious to the student who reproved me. I had veiled my resentment with the passionate support of a leadership principle.

Then God’s Spirit asked me to do something a lot more difficult than a prayer of confession. “Ask Brad to forgive you,” He whispered.

I obtained his latest address. I wrote him a handwritten letter, recounting the conversation 20 years earlier. His refusal to call my son had unfairly clouded my opinion of him and his ministry after that incident. I had heard several parents from our church mention how valuable Brad’s ministry had been to their families, but I began harboring a different opinion.

I didn’t apologize for my viewpoint concerning the call to my son, but I did apologize profusely for allowing negativism and resentment to form a hard crust over my heart in relation to him. I even pointed out the positive things I had heard from other parents. The letter focused on my sin, not the difference of opinion about whether he should have called. I asked him to forgive me. I informed him that I had prayed for his current ministry before I began the letter.

Ever since that day in 2007, I’ve been more sensitive to my tendency to stew and to allow negative feelings to morph into bitterness. Now, when I start brooding over how unfairly someone treated me, I rush to the Lord’s presence and ask him to remove any tinge of resentment. (Sometimes, I make the same request over and over again, because resentment is a diligent pursuer.) I’ve discovered that bitterness is a poison that I drink in an effort to hurt another person.

Oh, how grateful I am for that student’s honesty in the classroom, even if his words did embarrass me in front of others. God used his words to penetrate the darkness of a bitter spirit. Now, when I share that story of my older son and his youth pastor, I add “Part 2.” I tell about the student’s reproof. I read aloud the letter I wrote to the youth pastor (without using his name). I warn them of how easily resentment can get a foothold in our hearts, especially after someone opposes or criticizes us. Then we discuss ways to determine whether we’ve really forgiven someone.

Oh, I need to add one word to what the student said back in the fall of 2007. The previous quote was only four words, not five as the blog title indicates. Here is precisely what he said:

That student was Stephen, Mark’s younger brother. Thank you, my son!