What Truth About God Offers the Most Comfort When You Suffer?

by Terry_Powell | Apr 22, 2022 | Christian Living in the Trenches, Depression and Faith | 2 comments 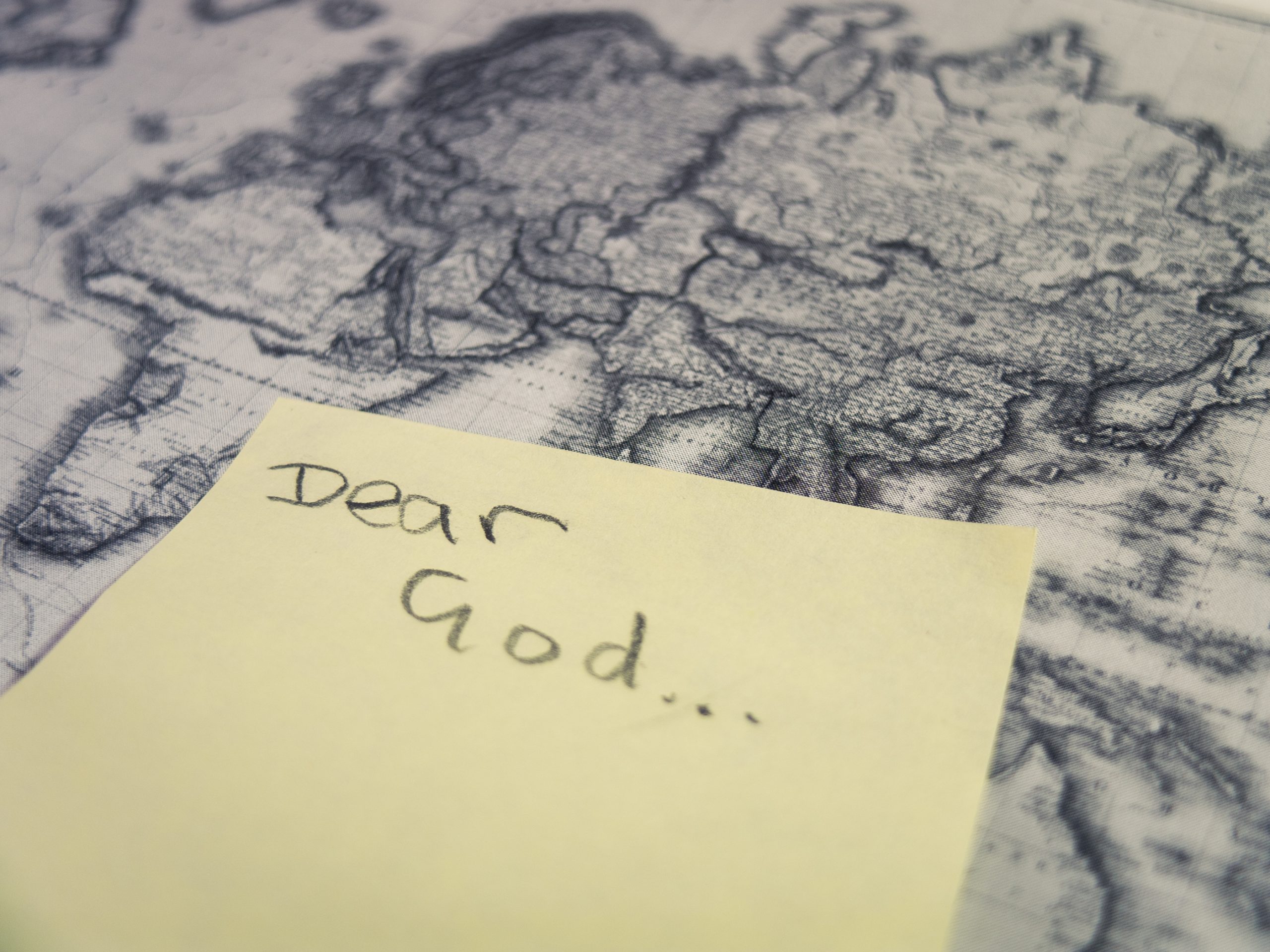 Have you experienced severe suffering and pain that wasn’t a direct consequence of a mistake you made or a sinful choice?

When you are hurting, what insights about God, gleaned from His Word, provide the most sustenance?

Have you ever struggled to reconcile how belief in a good, loving, all-powerful God correlates with the severe affliction His people often experience?

A Tragic Death and God’s Sovereignty

He was a member of a missions team consisting of students and faculty from the University of South Carolina. They gave poor women exams in order to detect cervical cancer early, then performed surgery that could save their lives. This rural, impoverished area of the Andes has the highest rate of cervical cancer in the world.

He attended our local church in Columbia. For 10 years, my wife taught Seth piano lessons. He was exceptionally gifted intellectually and exhibited a soft heart toward God and toward people in need.

Fluent in Spanish, while in Peru Seth moved from one examination station to another to serve as an interpreter for the ladies and the medical team members, in addition to examining patients of his own. Before his memorial service days later, I heard team members speak highly of Seth’s love for others and strong character.

He loved to pray and worship God from high vantage points. On Friday afternoon, June 23, 2017, wooed by a large cross on a small plateau at the top of a 14,000-foot peak, he took off by himself on a three-hour hike with food, a blanket and a flashlight. He knew he would return in the dark. Despite his experience as a climber, he apparently took a wrong step, tumbling a long way to his death. Evidence suggests that he probably reached the spot where the cross stood. Searchers found his body two days later.

After receiving his medical degree, this godly young man anticipated devoting part of every year to mission work. I wrestled with the inevitable “Why?” question. Why did one so young, with such potential for the Lord, die? How could I reconcile his death with a wise, good and loving God?

Since the birth of Christianity, scholars and apologists have dealt with the “Why?” question in relation to suffering. I cannot satisfactorily explain it. But it is my rock-ribbed conviction that what we know about God, from the Bible as well as our personal pilgrimage, is more helpful than trying to figure out why such seemingly pointless tragedies occur. Perhaps it seems overly simplistic, but when we don’t know why, we can know who is in control.

I want to focus on one truth about God that should affect how we respond to suffering: God’s sovereignty, the conviction that He controls both human actions and natural events. No, meditating on it won’t rescue us from hurt that comes with suffering, but over the long haul, resting in it may assuage our grief and offer a helpful perspective.

I’ll share an extended quote from Vaneetha Risner, a brief story of a Christian leader who lost three children to death, and a quote from Charles Spurgeon. God’s sovereignty, especially His painful providence, informs everything from my recurring episodes of depression, the chronic pain that doctors can’t alleviate, and the heart pain associated with interpersonal tension that occasionally plagues a few close relationships.

Vaneetha Risner* is a Christ-follower who has experienced severe suffering: the loss of a baby due to a physician’s mistake; post-polio syndrome that began ravishing her body when in her 30s, and the abandonment of her husband, leaving her with two girls to raise on her own while her physical strength waned. In a post titled, “Is My Suffering Meaningless?,” she explained how her belief in God’s sovereignty carried her through the afflictions.

I met with a friend who believes that while God draws near to us in our trials, people often suffer in ways that God never intended. God reacts to our suffering but never causes it. To her, the view that God has ordained all our suffering is inhumane. She sees it as completely against God’s loving character: hurtful at best, and vindictive at worst.

The truth of God’s sovereign control has offered me life-giving hope in the wake of unspeakable sorrow. I understand it sounds cruel to say that God willed my infant son’s death. But believing that my son died against God’s will is far worse. That would mean that God is not in control, evil can ultimately win, and my future is uncertain. Moreover, it would mean that my son’s death was random. Meaningless. Without purpose.

I honestly cannot imagine a more depressing scenario. As someone who has endured adversity, my greatest comfort is knowing that God is sovereign. He has ordained all of my trials, and therefore my suffering has purpose.

That one word, purpose, changes everything. It comforts me when pain envelops me and darkness is my closest friend. God does not delight in my suffering, but weeps with me as he did in John 11 after Lazarus died. But his tears are not all that he gives me. God gives me hope and assurance that my suffering is not in vain. Just as Jesus cried with Mary before he raised Lazarus (John 11:32-35), the Lord cries with me, knowing he will redeem my suffering.

It is comforting to know that everything God sends is the best possible thing for me. Nothing can derail his plan. No sin, no accident, no affliction. Satan does not have the last word on my suffering; God does. He has decreed it all and will use it all. As we see in the book of Job, God is not reacting to Satan’s agenda: God alone is in control of all things.

When We Cannot Understand Why

God sometimes reveals how He redeems our severe afflictions. We realize over time that the pain created a desperate dependence on Him and enhanced our intimacy with Him. We see how the pain, even when our sin was not the cause, purified our character. We identify ways in which our adversity expanded our capacity to minister to other hurting people, or how our steadfast faith during trials offered unbelievers who observed us a positive testimony about Christ.

But we can’t always point to a clear-cut reason for our suffering. That’s when reliance on God’s character is most essential.

Joe Bayly** was an author and Christian publishing executive who lost three children to death, one of whom was a godly teen who died of a sledding accident on Christmas day. Another died from complications shortly after birth. Many years after the loss of his children, Bayly led a workshop on dealing with death and grief. During a question-and-answer time, a participant said to him, “It must have been meaningful to you when you finally realized why God took your children.”

In response to the question, Bayly bristled. “I don’t know why God took my children! If I understood why, I wouldn’t need any faith!”

Though Bayly didn’t grasp why the deaths occurred, he kept trusting and serving the God who did understand.

Charles Spurgeon, a legendary preacher and author from the 19th century, periodically wrestled with depressive episodes that left him weeping, even when he couldn’t identify a specific trigger or reason for the despair. Debilitating attacks of gout, which worsened as he aged, kept him bedridden for days at a time. Apparently, his view of God’s sovereignty sustained him, too:  “It would be a very sharp and trying experience to me to think that I have an affliction which God never sent me, that the bitter cup was never filled by His hand, that my trials were never measured out by Him, nor sent to me by His arrangement of their weight and quantity.”***

To what extent have you wrestled with the correlation between suffering and God’s sovereignty?

Has your pain ever been mollified by this doctrine?

What other truths about God have comforted you when you were hurting?

What questions does this article generate in your mind?

*I highly recommend two books by Vaneetha Risner: The Scars That Have Shaped Me: How God Meets Us in Our Suffering,  and her detailed memoir, Walking Through Fire: A Memoir of Loss and Redemption.

**Joe Bayly wrote a helpful book consisting of meditations on handling death and grief, The View from a Hearse. Though released decades ago, it is still available on Amazon.

***Risner and Spurgeon offer a Reformed, Calvinistic perspective on God’s sovereignty as it relates to evil and suffering, to which I adhere. But I’d be remiss if I did not acknowledge that some conservative Christians perceive and apply this doctrine differently. This week I read a different slant in a long article titled “A Non-Calvinist, Relational View of God’s Sovereignty,” by Roger E. Olson. He first presented this material in a 2014 meeting of Missio Alliance in Virginia.

If you want to read Seth Thomas’ story in more detail, and the poem titled “We Don’t Know Why, We Only Know Who,” click this link to a post from June, 2019.

NO WONDER SETH LOVED THE CROSS