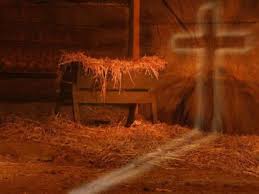 How can a truth be both humbling and exhilarating?

How is it possible that a concept from the Bible exposes our finiteness and cognitive limitations, yet stirs our soul, prompting us to worship God?

Keep reading, and see a truth that rescued me from my doldrums today (Christmas day). If you “don’t feel the Christmas spirit,” or if “it just doesn’t feel like Christmas,”  perhaps it will have a similar effect on you.

Years ago, as I studied God’s Word in preparation for a university course on the Pastoral Epistles (1-2 Timothy & Titus), a particular insight boggled my mind, yet increased my appreciation for God’s majesty and infinite wisdom. In 2 Timothy 1:9, the Apostle Paul referred to the power of God that called us to salvation. Then He called our salvation “a grace which was granted to us in Christ Jesus from all eternity” (emphasis mine). I discovered that the phrase “from all eternity” means “since before time began.”

My study led me to Revelation 13:8, where the author referred to the people whose names are written in the book of life, and who will worship Christ. A common translation of the verse calls Jesus the “Lamb slain from the foundation of the world” (emphasis mine), which refers to a time “before the created order existed.”

In one sense, Jesus’ birth as a God-man, which we refer to as the incarnation, did not occur early in the first century. Nor did Jesus’ death on the cross, where He paid the penalty for our sins, happen over 30 years later. No, in actuality, God’s provision for our salvation, His means of handling the sin problem in a way that would keep intact His holiness and sense of justice, as well as His love for His creatures, occurred long before then.

Somehow, in the mysterious, inexplicable mind of God, He knew that man, the apex of His creation, would sin and would need a Savior, someone who would fulfill divine law perfectly and whose righteousness would be applied to us when we put our faith in His sacrifice.

I still can’t comprehend it.

Who can grasp that God was providing for our sin problem before time, as we know it, began? Who can grasp eternity, that God never had a beginning and will never have an end? Indeed, He is, for those of us who put our faith in Christ, “Jehovah-Jireh” (God our provider).

In a message decades ago on “God’s Law of Provision,” here’s how pastor Ron Dunn summarized this truth: “Before there was a garden in Eden, there was a cross on Calvary’s hill.”

It isn’t necessary to fully understand this idea to appreciate it. In fact, if I could comprehend God and all His ways...well, He wouldn’t be God. I’m okay with this mystery. The more I ponder it, the less depressed I feel, and the more I worship God during the Christmas season.

This idea of when God planned His Son’s birth and death isn’t new to me, but it proved quite precious when a cloud of depression began enveloping me two days ago. I wrote the following poem in December of 2002 in an effort to convey this concept. In the first seven of these three-line stanzas, time goes backward, ending with the event as perceived by God the Father at some point before creation.

Before He flailed tiny arms and cried,
before His virgin birth was prophesied,
on a dreaded Roman cross, He died.

Before Herod’s soldiers would contend,
before the first man and woman sinned,
the Son had decided to condescend.

Before He labeled himself, “I AM!”
before God spared Isaac with a ram,
Jesus was a sacrificial Lamb.

Before Jesus fought the devil and won;
before Mary conceived the Holy One,
The Father sacrificed His only Son.

Before bread and wine in the upper room,
before His body formed in Mary’s womb,
Jesus lay lifeless in a borrowed tomb.

Before Gethsemane’s heart-wrenching prayer,
before innkeepers had no room to spare,
Calvary existed. A cross was there!

Some men live without ever knowing why.
Meaning is elusive. They search and they sigh.
Not Jesus Christ.  He was born to die.