“God Is Absent Minded” and Other Encouraging Truths 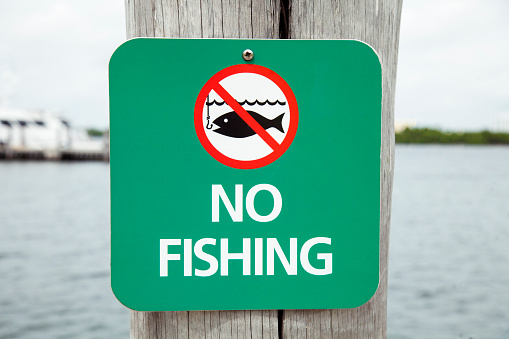 During the weeks we celebrate Advent, leading up to Christmas day, there’s an escalation of depression in the United States. For example, among persons already diagnosed with a mental illness, 24% report that the holidays make their condition “a lot worse,” and another 40% say they feel “somewhat worse.”

What follows are three truths that assuage my depression this time of year (actually, any time of the year!).

I believe in a Savior who fathoms what it’s like to come wrapped in frail flesh.

What are the implications of the incarnation that Christians celebrate this month?

Jesus knows experientially the overwhelming weariness and behind-the-eyes prickly pain of sleep deprivation, which I experience many times each month. While on earth, He, too, was acquainted with the relentless and inviting nature of Satan’s temptations. He realizes how difficult it is to concentrate when I have a bad headache.  He also experienced the heart-rending hurt of someone He loved rejecting or betraying Him. I can identify with the fact that He grieved so much that He flung Himself to the ground, hot tears pooling on the soil beneath His face, the sobs racking His body and interrupting His prayer of desperation. Though no one has ever been closer to God the Father than God the Son, Jesus echoed the despair of feeling forsaken by God.

“He took with Him Peter and James and John, and began to be very distressed and troubled. And He said to them, ‘My soul is deeply grieved to the point of death.’ And He went a little beyond them, and fell to the ground, and began to pray that if it were possible, the hour might pass Him by” (Mark 14:33-35).

“In the days of His flesh, He offered up both prayers and supplications with loud crying and tears to the One able to save Him from death” (Hebrews 5:7).

“We do not have a high priest who cannot sympathize with our weaknesses, but one who has been tempted in all things as we are, yet without sin. Let us therefore draw near with confidence to the throne of grace, that we may receive mercy and may find grace to help in our time of need” (Hebrews 4:15-16).

Now that’s the kind of Savior I’ll run to when I’m hurting or needy!

I believe in a God who is absent-minded.*

Once in a while, I think about past sins, lamenting my mistakes long after I have confessed and abandoned them.

Things I said or did that hurt a person I love.

Impatience or overreactions when I dealt with people.

Satan keeps accusing me of those things until I begin to feel an oppressive burden all over again. Recently, when I recalled such an incident, I blurted out, “Oh God, I’m so sorry that I–” (then I cited the sinful deed). God’s Spirit only gave a two-word response:

“Their sins and lawless deeds I will remember no more. Now where there is forgiveness of these things, there is no longer any offering for sin” (Hebrews 10:17-18, emphasis mine).

If God cannot recall the sins that He has forgiven, why should I?

*Please note: When I refer to God’s absent-mindedness, I am not suggesting that He is in any way deficient or imperfect. God’s absent-mindedness is in no way like mine, when I forget where I left my car keys. Based on Hebrews 10:17-18, it is merely a way of describing how God the Father has consciously chosen to forget sins that He has forgiven. He can do so because when He sees that we have put our faith in Jesus’ death for our sins, He views us as perfect (Hebrews 10:14). God the Father credited Jesus’ righteousness to our account!

I believe in a God who goes to great lengths to hide my past sins where I can never find them to brood over them again.

Where does He take them?

As Far as the East from the West

“As far as the east is from the west, so far has He removed our transgressions from us” (Psalm 103:12). It’s easy to skim over this analogy without grasping its significance.

God doesn’t take my sins to a nearby dump. He doesn’t drive across the state line and toss them into a patch of trees in a remote area. No, He removes those sins so far from me that it’s theoretically impossible for those sins and me to ever cross paths again.

But there is no east pole or west pole! No matter how far east I go, I will always be moving east. No matter how far west I travel, I will always be going west. Unlike north and south, east and west never meet. East and west are indefinitely separated from each other. This analogy speaks of the absolute, irrevocable measure by which God forgives us!

Where does God put my sins?

“Who is a God like You, who pardons iniquity and passes over the rebellious act of the remnant of His possession? He does not retain His anger forever, because He delights in unchanging love. He will again have compassion on us; He will tread our iniquities under foot. Yes, He will cast all our sins into the depths of the sea.”

Using anthropomorphous language about God to make a point, the prophet suggests that God puts our sins under His feet so He can trample them with every step He takes!  In the future, when Satan tries to discourage me over past sins that I’ve confessed, I’ll stomp my feet on the floor once to remind me of how God has crushed that sin.

The Bottom of the Sea

God doesn’t throw my sins into a small pond or even into a large inland lake. No, He takes them out to sea where the depth is far greater before He dumps them. Then, I figure that at every boat ramp that provides an entry point onto that sea, God posted a “No Fishing!” sign!

I’m not saying that reviewing these truths when I’m despondent obliterates all of my depression. Yet remembering the content of these texts increases my capacity to cope with despondency. The first truth prompts me to take my despair to a Savior who identified with my humanity and experienced distress of His own. He understands!! The other two insights remind me of the gift of forgiveness, wrapped in human skin, dying on the cross for me. That’s a present far more precious than anything I will find under the Christmas tree!

Which of these insights means most to you right now?  Why?