Lord, Will These Descents Into Depression Ever End? 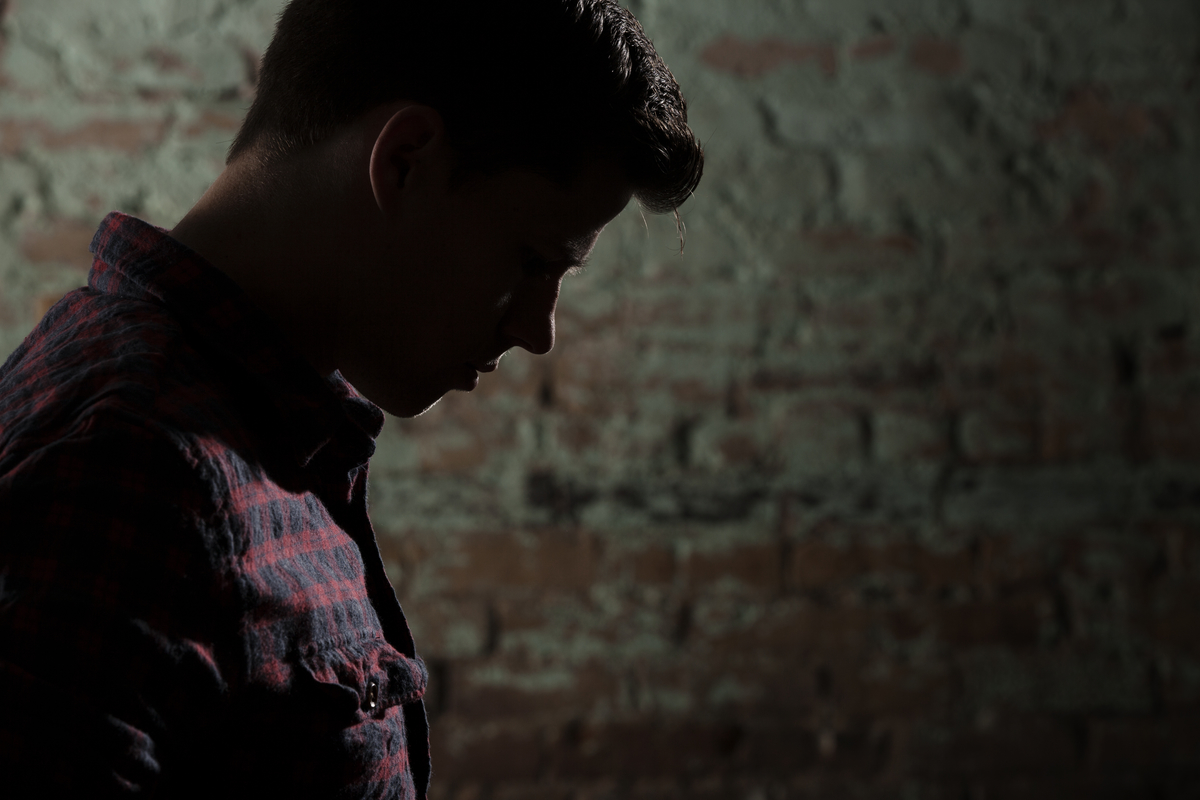 If you struggle with recurring episodes of depression, what characterizes you when the darkness settles in? What could you say to a friend to describe the experience?

If you’re a family member or close friend of a depression-prone person, what symptoms do you observe when this person feels despondent?

Perhaps the following 24-hour record of my recent descent into a depressive episode will resonate with you, or at least enhance your understanding of major depression. Every symptom reflected in the following anecdotes is typical for major depression, though not every episode displays every single symptom.

And why doesn’t God fix it so we never again get depressed?

In this post, I’ll also cite how God responded when I asked Him that question, at least as it relates to my experience of despondency.

The excitement of nearing the end of a writing assignment increased my output for the past week, but today despair immobilized me. How Charles Spurgeon once described his depression fit me to a “T”: an all-beclouding hopelessness.

“Why work on a book when few people will read it,” I lamented. Then I spoke harshly to myself: “Who do you think you are, trying to help people with your words when you can’t even control your own moods? You have absolutely nothing to say!”

For a long time, I sat on the couch, staring, but looking at nothing in particular. It was as if my body and countenance were frozen in place, unable to move a muscle. As if a strong, unseen force gripped my shoulders and held me down, keeping me from getting up, or even from picking up a pencil and pad with which I write first drafts.

Over the past few months, I prayed often about restricting the negative effects of depression on the climate inside my home. I sought the Holy Spirit’s enablement and doubled up on a resolve not to allow depression to affect my countenance or the interactions with my wife and grown son. And they noticed some degree of improvement. But on June 1, those three steps forward were followed by three steps back. After arriving home, my deeper-than-normal gloom spawned a hypercritical, cantankerous attitude.

First, extreme impatience characterized an attempt to fix a minor problem with the printer in the home office. I’ve replaced ink cartridges many times, but for some reason the printer didn’t acknowledge the new one, despite the cartridge displaying the correct replacement number. Irritation over the small inconvenience spilled over. I verbally unloaded on the printer. Though I didn’t use foul language, my volume ramped up a notch and I said aloud that I would never buy another HP printer or ink cartridge.

My son couldn’t make out my words from the adjacent den, but he heard enough to know I was upset. He told his mom he would deal with the printer later and that I should go to bed before I had a stroke.

Second, during an interchange with Dolly I displayed irritation over something minor and spoke to her with an edge to my voice. I didn’t yell, but my words were prickly. God gave me the grace to offer a heartfelt apology, but I didn’t forgive myself.

Right before I turned in for the night, I cursed my image in the bathroom mirror. The depression spiraled farther downward, precipitated by my disappointment in overreacting to minor inconveniences and typical life stressors. I lambasted myself for an annoying, peevish attitude. I’ve seen the research that says folks stuck in the mire of major depression are more vulnerable to negative attitudes such as complaining and irritability, yet I believe I’m still responsible for my behavior. In a matter of several hours, what had been significant improvement in the mood I created in my home crashed.

Decades ago I read a psychologist’s concise definition of depression: anger turned inward. Perhaps that’s oversimplified, but I think that’s what happened today. I awoke with an all-consuming heaviness of spirit, as if my mind, the generator of my thoughts, had gained significant weight overnight. I walked with a slower-than-usual gait. In sharp contrast to the bright rays of the sun this morning, dark, low-lying clouds hovered over my thoughts, instilling pessimism about the day.

During the drive to my school office, I heard a local pastor’s one-minute radio spot. Every weekday he offers an anecdote, then transitions into a single point. He’s winsome and optimistic, perhaps striving to reach the unchurched who listen to that all-sports station. Every radio spot ends with the same feel-good bromide: “Remember: life matters, and so do you!”

Never mind that what he says is true. I reacted cynically, out loud, as if the pastor could hear me: “Yea, that’s easy for you to say. You gotta be kidding me…nothing matters!”

As I opened my Bible, cynicism surfaced again in what I said to the Lord: “Okay, God, I don’t expect You to speak a personal word to me, but I’m here. I’ll at least go through the motions. If You want to say something I need, I’m open to it. But my expectations are pretty low this morning.”

Psalm 27:13-14, which I had memorized in the 1970s, jumped out at me. “I would have despaired unless I had believed that I would see the goodness of the Lord in the land of the living. Wait for the Lord; be strong, and let your heart take courage; yes, wait for the Lord.”

Typically, these inspired words lift my spirits and reorient my thinking to God’s sustaining promises. But this time, what I saw scribbled in the margins exacerbated my hopelessness. Decades before, I had written, “I must not believe this, for despair cripples me today.” Then I spotted a few later dates in which I had nodded in agreement with my original note:  5/5/1981; 9/12/1981; 6/6/1984; 4/18/2017. Then I added today’s date: 6/2/2022.

Can you imagine the discouragement of seeing the dates of sorrow-filled days scribbled over a 41-year period? And that was only one of the Bibles I used in my read-through-the Bible each year.

I thought, “It’s the same old, same old! After all these years, depression still stalks me. Why hasn’t God done anything!? I’m 72. There’s little time left for an inner healing that will result in more consistent happiness. I’ll never escape these episodes of despair. What is there for me to look forward to except more and more descents into darkness?”

I wrote the previous vignettes over a two-day period last week. I’ve published lots of posts over the years in which I start out bleakly and end up on a positive note. Based on the flow of content in past posts, at this point in today’s article I should shift to a more hopeful slant.

I should describe how a promise from God’s Word imbued me with hope and at least mitigated the severity of the depressive episode.

Or I should illustrate the slow but noticeable mood enhancement that usually follows a teary, honest prayer of lament.

Or I should tell how a friend came alongside, whose presence and prayers comforted me by embodying God’s unconditional love.

Yet, though I utilized those means of grace last week, nothing alleviated the burden. A week later, there’s still a power outage in my spirit. I’m still stumbling around in the dark, bumping into one reason after another to stay in this slough of despondency.

This is what I prayed today.

“Why, Lord? Why do You withhold relief from this deep despair? I’m not expecting a sudden, miraculous healing that means I’ll never get depressed again. But I didn’t expect the severity of this episode to linger for so long, and the hopelessness about my future to be so all-consuming. Why won’t You at least make it a little better, Lord?

After all, I believe You called me to write a memoir of mental illness, with anecdotes showing symptoms interspersed by examples of Your sustaining grace, spanning my childhood through the present time. I’m ready to delve into that project, yet I can’t concentrate long enough to start working on it, and right now I’m wondering why anyone would want to read it, anyway.

So why is this grave, oppressive despondency occurring now, for heaven’s sake?”

The Lord’s reply through an inside whisper didn’t totally satisfy me, but I’ll pass on  the essence of what He said.

Terry, you nailed it!  Your suffering persists “for heaven’s sake.”

You are one “whom I have created for My glory” (Isaiah 43:7). The darker your spirit now, the brighter the light will appear when I penetrate it again, the more you will appreciate and testify of My grace when it breaks through these dark clouds of despair.

Besides, how will you write your memoir, in which you will testify to My sustaining grace, without a fresh experience of depression’s grim manifestations? The more recent the onslaught of despondency, the more accurately you will depict it, and by contrast, the easier it will be to recall grace points in your story. The thread of My grace will stand out in clearer fashion, in bold relief, when framed by your acute recall of what it looks like in the dark. Your training for this ministry of correlating faith and depression will never end in this life. You don’t earn a terminal degree in suffering, then “Poof!”, your schooling is over.

Terry, you are My beloved, yet you exist for My sake. I don’t exist for your sake. Your foray into past decades of severe depression and debilitating anxiety will hurt, and I must continue to build the message of my grace into you. Sharing examples of My chronic grace necessarily requires ongoing suffering. You can’t show how I redeem pain unless you keep on experiencing that pain.

The timing of this current attack of depression is perfect. I never waste time and I never waste the experiences of those who serve Me. After the harshest thunderstorm, rays of sunshine appear more resplendent. Terry, I know what I’m about.

Perhaps you view this timing as an example of spiritual warfare, since Satan increases his attacks right before the launch of a ministry initiative. But remember this from the story of Job: the enemy cannot touch you without My permission!

What message for people in need is the Lord trying to build into your life?