A Story of Eternal Perspective: Fruitfulness of A Single Seed

by Terry_Powell | Feb 4, 2022 | Christian Living in the Trenches, Depression and Faith | 1 comment 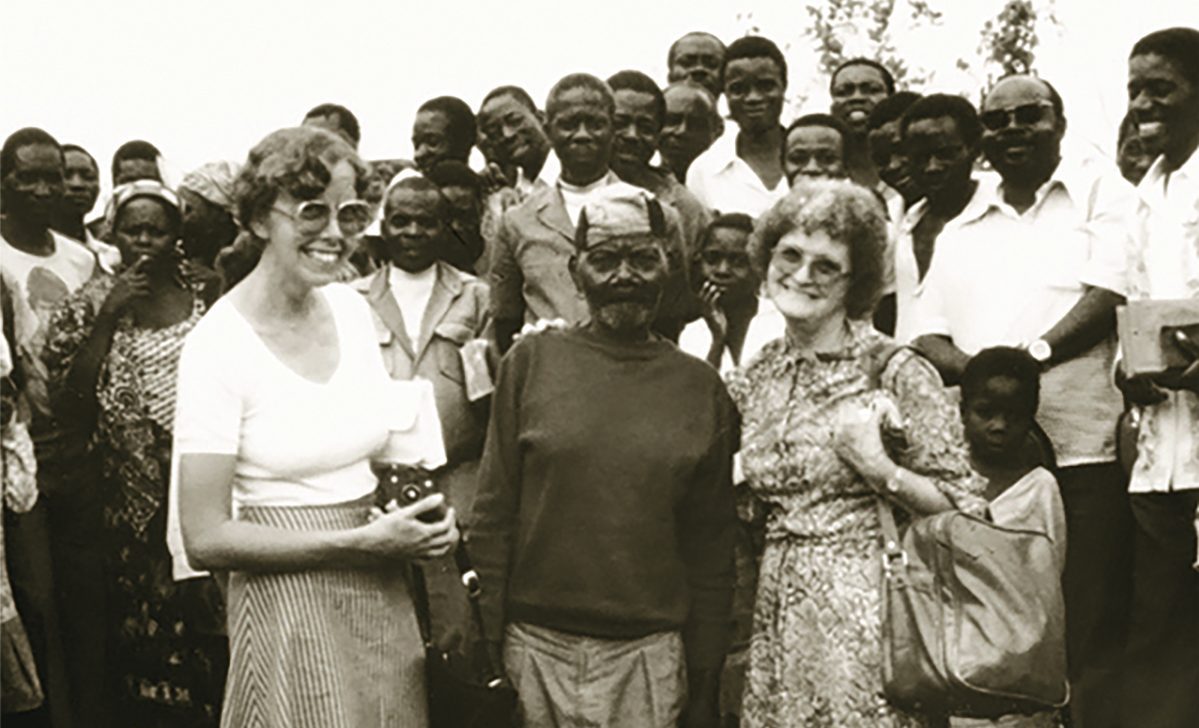 Back in 1921, a missionary couple named David and Svea Flood went with their two-year-old son from Sweden to the heart of Africa—to what was then called the Belgian Congo. They met up with another young Scandinavian couple, the Ericksons, and the four of them sought God for direction. In those days of much tenderness and devotion and sacrifice, they felt led by the Lord to go out from the main mission station and take the gospel to a remote area.

This was a huge step of faith. At the village of N’dolera, they were rebuffed by the chief, who would not let them enter his town for fear of alienating the local gods. The two couples opted to go half a mile up the slope and build their own mud huts.

They prayed for a spiritual breakthrough, but there was none. The only contact with the villagers was a young boy, who was allowed to sell them chickens and eggs twice a week. Svea Flood, a tiny woman of only four feet, eight inches tall, decided that if this was the only African she could talk to, she would try to lead the boy to Jesus. And in fact, she succeeded.

But there were no other encouragements. Meanwhile, malaria continued to strike one member of the little band after another. In time the Ericksons decided they had had enough suffering and left to return to the central mission station. David and Svea Flood remained near N’dolera to go on alone.

Then, of all things, Svea found herself pregnant in the middle of the primitive wilderness. When the time came for her to give birth, the village chief softened enough to allow a midwife to help her. A little girl was born, whom they named Aina.

The delivery, however, was exhausting, and Svea Flood was already weak from bouts of malaria. The birth process was a heavy blow to her stamina. She lasted only another seventeen days.

A Discouraged and Bitter Missionary

Inside David Flood, something snapped at that moment. He dug a crude grave, buried his twenty-seven-year-old wife, and then took his children back down the mountain to the mission station. Giving his newborn daughter to the Ericksons, he snarled, “I’m going back to Sweden. I’ve lost my wife, and I obviously can’t take care of this baby. God has ruined my life!” With that, he headed for the port, rejecting not only his calling, but God himself.

Within eight months both the Ericksons were stricken with a mysterious malady and died within days of each other. The baby was then turned over to some American missionaries, who adjusted her Swedish name to “Aggie” and eventually brought her back to the United States at age three.

This family loved the little girl and was afraid that if they tried to return to Africa, some legal obstacle might separate her from them. So they decided to stay in their home country and switch from missionary work to pastoral ministry. And that is how Aggie grew up in South Dakota. As a young woman, she attended North Central Bible College in Minneapolis. There she met and married a young man named Dewey Hurst.

Years passed. The Hursts enjoyed a fruitful ministry. Aggie gave birth first to a daughter, then a son. In time her husband became president of a Christian college in the Seattle area, and Aggie was intrigued to find so much Scandinavian heritage there.

(When she was growing up, Aggie’s adopted parents had told her the story of her birth parents’ time in the Belgian Congo Aggie knew that her birth mother had been buried there.)

One day a Swedish religious magazine appeared in her mailbox. She had no idea who had sent it, and of course she couldn’t read the words. But as she turned the pages, all of a sudden a photo stopped her cold. There in a primitive setting was a grave with a white cross. On the cross were the words SVEA FLOOD.

Aggie jumped in her car and went straight to a college faculty member who, she knew, could translate the article. “What does this say?” she demanded.

The instructor summarized the story: It was about missionaries who had come to N’dolera long ago…the birth of a white baby…the death of the young mother…the one little African boy who had been led to Christ…and how, after the whites had all left, the boy had grown up and finally persuaded the chief to let him build a school in the village. The article said that gradually he won all his students to Christ…the children led their parents to Christ…even the chief had become a Christian. Today there were six hundred Christian believers in that one village…

All because of the sacrifice of David and Svea Flood!

For the Hursts’ twenty-fifth wedding anniversary, the college presented them with the gift of a vacation to Sweden. There Aggie sought to find her real father. An old man now, David Flood had remarried, fathered four more children, and generally dissipated his life with alcohol. He had recently suffered a stroke. Still bitter, he had one rule in his family: “Never mention the name of God, because God took everything from me!”

After an emotional reunion with her half brothers and half-sister, Aggie brought up the subject of seeing her father. The others hesitated. “You can talk to him,” they replied, “even though he’s very ill now. But you need to know that whenever he hears the name of God, he flies into a rage.”

Aggie was not to be deterred. She walked into the squalid apartment, with liquor bottles everywhere, and approached the seventy-three-year-old man lying in a rumpled bed.

He turned and began to cry. “Aina,” he said, “I never meant to give you away.”

“It’s all right Papa,” she replied, taking him gently in her arms. “God took care of me.”

“God forgot all of us. Our lives have been like this because of Him!” He turned his face back to the wall.

Aggie stroked his face and then continued, undaunted.

“Papa, I’ve got a little story to tell you, and it’s a true one. You didn’t go to Africa in vain. Mama didn’t die in vain. The little boy mama won to the Lord grew up to win that whole village to Jesus Christ. The one seed you planted just kept growing and growing. Today there are six hundred African people serving the Lord because you were faithful to the call of God in your life.

“Papa, Jesus loves you. He has never hated you.”

The old man turned back to look into his daughter’s eyes. His body relaxed. He began to talk. By the end of the afternoon, he had come back to the God he had resented for so many decades.

Over the next few days, father and daughter enjoyed warm moments together. Aggie and her husband soon had to return to America. Within a few weeks, David Flood went into eternity.

The Rest of the Story…

A few years later, the Hursts were attending a high-level evangelism conference in London, England, where a report was given from the nation of Zaire (the former Belgian Congo). The superintendent of the national church, representing some 110,000 baptized believers, spoke eloquently of the gospel’s spread in his nation. Aggie could not help going to ask him afterward if he had ever heard of David and Svea Flood.

“Yes, madam,” the man replied in French, his words then being translated into English. “It was Svea Flood who led me to Jesus Christ. I was the boy who brought food to your parents before you were born. In fact, to this day your mother’s grave and her memory are honored by all of us.”

He embraced her in a long, sobbing hug. Then he continued, “You must come to Africa to see because your mother is the most famous person in our history.”

In time, that is exactly what Aggie Hurst and her husband did. They were welcomed by cheering throngs of villagers. She even met the man who had been hired by her father many years before to carry her back down the mountain in a hammock cradle.

The most dramatic moment, of course, was when the pastor escorted Aggie to see her mother’s white cross for herself. She knelt in the soil to pray and give thanks. Later that day, in the church, the pastor read from John 12:24: “I tell you the truth; unless a kernel of wheat falls to the ground and dies, it remains only a single seed. But if it dies, it produces many seeds.” He then followed with Psalm 126:5: “Those who sow in tears will reap with songs of joy.”

Do you know a pastor or missionary who needs the encouragement this story offers? Today, forward this post to others who will be blessed by it.

The picture I chose for this story shows Aggie Hurst with villagers where her mom is buried, in Zaire, Africa.