THE POWER OF OWNING UP 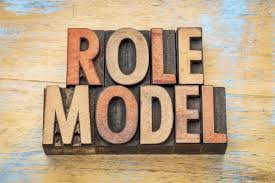 How I Learned An Outrageously Encouraging Perspective on Failure

If failure is a good teacher, I had a golden learning opportunity the week of my older son’s seventh birthday. The incident occurred 39 years ago, but the details are etched forever in my memory.

A half-dozen of Mark’s friends cluttered our house for his birthday party. During the festivities, I pulled Mark aside and expressed displeasure at how he was treating one of his guests. Instead of heeding my counsel, as he usually did, he talked back to me. His tone of voice and nonverbal expression conveyed annoyance rather than compliance. Normally the consequence for such behavior was a spanking.*  But with his friends crowded around, I let his remark slide. Nor did I address his disrespectful behavior after the party when his friends had left. Perhaps I was too concerned about spoiling his birthday to mete out the consequences.

The next day, I realized I had been too soft on Mark. I resolved not to let him off the hook the next time he misbehaved. I didn’t want him to get the idea that he could act disrespectfully and get away with it. I even felt a hint of anger welling up inside me toward Mark. In retrospect, perhaps I was looking for an opportunity to punish him to compensate for my neglect the previous day.

Later on the day after the party, I heard Mark and his younger brother, Stephen, arguing and scuffling in the hallway outside their rooms. In a knee-jerk reaction, I pulled Mark from the fracas and took him to his room, figuring he had been picking on Stephen. We had a strict rule against starting a fight. Over Mark’s strong protest, I began spanking him. That’s when the door to Mark’s room flew open. Typically my wife would not have interrupted me, but she knew an injustice was occurring.

“You’re punishing the wrong boy,” Dolly announced.  “Stephen just told me that he jumped on Mark. Mark was only trying to fend off Stephen’s blows.” I didn’t discipline my boys for defending themselves, but they knew never to initiate the first blow in a fight.

“That’s what I was trying to tell you!” Mark said between sobs.

Their words crushed me. I had never disciplined my sons unjustly nor abused them in any way. Had I damaged Mark’s sensitive spirit? Had I driven a wedge between us that would be difficult to dislodge?  Would he forgive me?

I slumped to the floor beside his bed, tears streaming from my eyes, my chin quivering in regret. “I’m sorry,” I said to Mark. “I’ll never punish you again before listening to you. Please forgive me.” Then I knelt by his bed and confessed my sin to the Lord and cried out for the wisdom I needed as a dad. That evening, as I tucked Mark into bed, I repeated my plea for forgiveness. He hugged me and assured me that things were okay between us.

Yet forgiving myself would not happen as easily as Mark’s forgiveness of me.

A week after Mark’s birthday, though he had not shown any indication of resentment toward me, I still goaded myself for my reprehensible behavior. Over breakfast, I recounted the incident to a church elder. My friend’s response surprised me.

“What a positive role model you were to your son!” he exclaimed while beaming enthusiastically.

I was taken aback by his words. “What do you mean?” I replied. “How in the world could an unjust spanking cast me as a positive role model?”

“All you remember is your failure,” countered my friend. “But in the eyes of your son, I believe your brokenness overshadowed your mistake. You admitted that he hasn’t shown any animosity toward you since then. What Mark will remember most is a dad who apologized to him through tears, who slumped to his knees and confessed to God with a contrite spirit. What you modeled for him is how to handle sin.”

What an encouraging perspective!

Parents aren’t the only ones who can serve as positive role models in the way they respond to failure. I know a Sunday School teacher who argued with her husband during their drive to church. They didn’t have time to patch things up before her class with teen girls began. A few minutes into her lesson, Naomi paused, then put down her Bible and notes and addressed her ten girls: “I – – I can’t continue with the lesson until I get my heart right. Jim and I argued on the way to church this morning. Both of us raised our voices and spoke harshly. It was my fault at least as much as his. I’m going to offer a prayer of confession, then I want a couple of you to pray aloud for me, too. Pray that I’ll be focused as I teach and that I’ll resolve my differences with Jim after church today.”

She and Jim resolved their differences, each apologizing to the other. Yet it was her words of contrition before the girls that carried the most impact.

Rather than diminishing their respect for Naomi, her transparency appealed to the girls. A few years later, several of those girls were discussing Naomi’s positive influence on their lives. One of them brought up the Sunday that she had stopped her lesson and confessed the argument with her husband. They considered that day’s lesson the most formative one she had taught them. Naomi demonstrated dependence on God and a tender conscience in response to sin. She also modeled for them a high view of Bible teaching, since she didn’t want to proceed with the lesson until her heart was right with God. What she perceived as an embarrassing, weak moment they perceived as a demonstration of Christian maturity and authenticity.

As parents, teachers, spouses, or mentors we are not to model perfection, but the process of living as a Christian. That process involves responding to sin and failure in a biblical manner. The same Paul who told the Philippians to follow his example (Philippians 3:17) also called himself the foremost of sinners (1 Timothy 1:15).  He understood that serving as a role model doesn’t require a life free of sin, but an overall pattern of godliness, or a Godward trajectory to life. That’s why he encouraged believers to live “according to the pattern we gave you” (Philippians 3:17). Paul understood that the only worse thing than being a sinner is not being aware of it.

How ironic and hope-inspiring: we can serve as a positive role model even in our weakness, so long as we demonstrate a repentant heart and dependence on God. And so long as we exhibit the humility needed to apologize. When I fail, the perspective shared by my friend over breakfast 39 years ago helps to keep me from hurtling headlong into a depressive episode. Ever since, I’ve been more prone to admit my failure to both God and to man, knowing how readily the Lord can redeem it.

I’m glad that failure isn’t final. I thank God for the grace to learn from one of my most memorable mistakes.

Are this story and the related biblical perspective for you today? Is there someone to whom you need to apologize, but you haven’t followed through because you think it will destroy your influence? Never underestimate the power of owning up. The words, “I was wrong. Will you forgive me?” could very well expand your ministry rather than hinder it.

*When my boys were young, I reserved spanking for their outright defiance or intentional neglect of boundaries that I had established. I never spanked for accidents, never slapped them on the head or face, and I utilized a paddle rather than my bare hands. I never left a bruise or mark on their skin. I’m confident that neither of my sons would say that I ever abused him. Spankings weren’t that frequent, but when I administered such discipline I always held them close and assured them of my love.