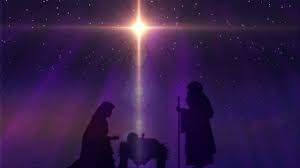 Has someone ever met a need in your life before you were even aware the need existed?

Do you remember the time you received an unexpected check in the mail right before the mailman delivered a higher-than-expected medical bill, or immediately preceding the notice of a huge increase in an insurance premium? Without the surprising financial windfall, your shoestring budget would have unraveled.

In mid-December 2018, my seminary dean cancelled two of my three classes for the Spring 2019 semester. Both courses had previously been required in the program, but recently had been shifted to “elective” status, resulting in a much smaller enrollment. Neither my dean nor I knew that God had something else in mind, a project that He deemed a greater need than my teaching those two classes attended by just several students each.

The same month (December, 2018) I met with our university’s president, Dr. Mark Smith, about writing an article on God’s sustaining grace in his life, enabling him to succeed despite daily physical pain stemming from an auto accident in 1996. I figured his story could be a means of introducing him to potential donors who did not yet know him, and encourage alumni of Columbia International University who suffer chronic pain. But after a couple of interviews with Dr. Smith early in the Spring semester, weeks after my dean’s decision, the vision for the article morphed into a full-length book. The two interviews I had planned expanded to 20!

There is no way that as a man hobbled by knee replacement surgery, nagged by the worsening pain of spinal degeneration and prone to depressive episodes, I could have simultaneously taught three classes and devoted over half-time to a book project that lasted throughout the Spring semester, and beyond. (Dr. Smith’s story will be released by Morgan James Publishers of New York in the Fall of 2020.)

God saw a need I would help meet before I was aware of the larger, more influential scope that He intended for Dr. Smith’s story.

God’s Look into the Future

Unlike our limited vision, God’s eyes see far into the future. He plans a way to meet needs long before those needs surface.

The incarnation of Jesus Christ, His becoming flesh for the ultimate purpose of dying to pay the required penalty for our sin, is perhaps the most dramatic case in point of God’s “Law of Provision,” of His tendency to meet a need before the need arises.

Before God created creatures to live in the sea, He had the water ready for them.

Before God formed creatures to roam the earth, He had fruit and vegetation ready for them to eat.

Before God created mankind in His image, He had prepared the oxygen for them to breathe and the various forms of food to fuel their bodies.

In advance, God prepared for the physical needs of His creatures, and for the spiritual need of those of us created in His image.

Long before Jesus died on the cross, and long before the first man and woman sinned, God had a redemptive plan in place. His justice demanded a consequence of death for sin. As a perfect, holy God, He could not fellowship with those created in His image while they were stained by sinned. But His love for us devised a means of satisfying His justice, appeasing His wrath toward sin, a plan that consisted of a perfect Sacrifice, dying in our place, whose righteousness would be credited to those who put their faith in Him.

In a nutshell, God gave us saving grace before we needed it!

I cannot wrap my mind around this truth. It is far too mysterious and profound to grasp fully. Yet God’s Word makes it crystal clear that though Jesus died on the cross in the first century, the divine plan that included His substitutionary death for our sins was designed before the world, and time as we know it, existed.

In Revelation 13:8, the author contrasts persons who will worship a beast from the sea, representing a false god, with those who would trust in Christ and ultimately live with Him in heaven. The persons who would be saved, who know the true God, are referred to as those whose names will be in the “book of life.”  Many dependable scholars I’ve consulted believe this verse refers to Christ as “the Lamb slain from the foundation of the world.” Put simply, Jesus’ incarnation and His death were decreed before the world as we know it existed, from all eternity.

I like the way the late pastor Ron Dunn put it: “Before there was a garden in Eden, there was a cross on Calvary’s hill.”

That’s what I call provision, meeting a need before it even existed!

This month, remember that the purpose of the first Christmas, when God wrapped the first Christmas gift in human skin, was Good Friday and the cross. Let the bright lights of Christmas shine on the mangled body of our Savior who took our place on a blood-stained cross.

A mom sees the listless physical gait of her five-year-old, checks his temperature, then gives him Tylenol or takes him to the doctor to find the source of the infection.

The business owner sees the year-end data showing a decline in profits, and meets with his leadership team to strategize for ways to reverse the trend.

A pastor sees little evangelistic growth over the past few years, then prays and plans for ways to train church members in sharing their faith and giving a personal testimony.

You notice that a good friend is not as gregarious as before. He walks around as if a weight were on his shoulders. His typical smile is gone. You take him to lunch and gently probe for the reason for his despondency, letting him know you are there for Him.

It’s a great thing to take action and meet a need as soon as you are conscious of it. It’s a far greater thing to see a need we would have in relation to sin far in advance of our very existence. Only God has that kind of vision!

A Poetic Attempt to Convey a Mind-boggling Truth

Yeas ago, I wrote the following poems in an effort to capture the principle I’ve shared in this article. I’ve  shared one of these poems in a past Christmas blog, but not the entire article as you’ve read it.

The truth in the poems does not eradiate my depression, which tends to worsen in December. Yet meditating on it does alleviate the despondency and provide moments of deep gratitude to God. It’s difficult to stay morose when our God sees this well!

​BEFORE
​
Before He flailed His tiny arms and cried,
before His virgin birth was prophesied,
on a dreaded Roman cross He died.

Before Herod’s soldiers would contend,
before the first man and woman sinned,
the Son had decided to condescend.

Before He labeled Himself “I AM,”
before God spared Isaac with a ram,
Jesus was the sacrificial Lamb.

Before Jesus fought the devil and won,
before Mary conceived the Holy One,
the Father abandoned His only Son.

Before bread and wine in upper room,
before His body formed in Mary’s womb,
Jesus lay lifeless in a borrowed tomb.

Before Gethsemane’s heart-wrenching prayer,
Before innkeepers had no room to spare,
Calvary existed. A cross was there.

Some men live without ever knowing why.
Meaning is elusive. They search and they sigh.
Not Jesus Christ. He was born to die.

Joseph’s eyes were glued to where His infant lay;
could not hide his grin or keep his pride at bay.
He anticipated joining Jesus at play.
Another Father would turn His face away.

Mary heard his wail, saw His face turn red.
She heard Him coo after He’d been fed.
Used her palm to support His fragile head.
Caressed the flesh that Roman spikes would shred.

Flailing limbs, wrinkled olive skin.
She tickled His tummy for a face-splitting grin.
Held him to her breast, One who seemed the least,
who would die on a cross to become our High Priest.

God had fulfilled His long-standing vow.
Shepherds, kings and wise men came to bow.
Saw the prophets’ promise existing in the now.
Did they see the blood trickling from His brow?

So innocent and sweet, how could He divide
nations and families? Each would choose a side.
To divine instructions Joseph had complied.
Did he know that His baby had already died?