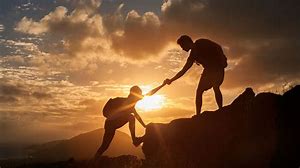 Have you ever wanted to be like someone else? Someone flesh and blood, not a comic book hero or any other fictitious heroine?

I have. I still do. In three scenarios that occurred during my years at Wheaton Graduate School in Illinois (1971-73), I’ll show you why.

Floyd and Diana resided upstairs in the same married students’ apartment building where Dolly and I rented. Once, when I rapped on their door, Diana led me into their den while Floyd completed a phone conversation in their bedroom. A young man back in North Carolina, who Floyd had previously discipled, had called with a personal crisis. The young man’s pain was apparently overwhelming. Floyd encouraged him by listening well, offering choice words from the Lord to buttress his spirit, and praying for him over the phone.

Moments later, Floyd entered the den, his eyes watering and his cheeks flushed red. That he had been weeping was obvious. Floyd sniffed, saying in somber, soft-spoken words, “Terry, when you invest yourself in people and they are hurting, it means that you hurt, too.”

During my time in the graduate school, I took courses on Christian ministry and read books on discipleship. Yet the most memorable lesson I learned came by listening to and observing Floyd that evening. Ministry is primarily relational, not necessarily linked to a position or an institutional role. Serving with the heart of Jesus means our hearts will sometimes break.

The Holy Spirt quietly asks me, “Terry, when is the last time you wept for someone else?”

If only more discouraged or depressed people had a Floyd to call! I have such a friend (in addition to Floyd). Thank you, Howard, for weeping with me over the phone and never ceasing to stop and to pray for me over the phone when I call you.

Bill, Floyd, and I plopped into Bill’s car for the short drive to campus that winter morning. Bill and Floyd had become friends the year before while attending the graduate school. I was a first-year student and wasn’t as close to either of them as they were to each other.

During that short trip, Bill mentioned a specific need and asked us to pray for him during the week. Floyd and I assured him we’d pray. Then Floyd shared a thought he had gleaned from his personal Bible reading a few days before that he thought applied to Bill’s situation. Bill seemed buoyed in spirit by what Floyd had shared, and thanked him.

I had never been real close to a Christian brother, probably owing to my introverted temperament. I had never enjoyed such warm, personal, transparent interchanges like the one I overheard from my spot in the back seat of the car, and during other conversations between Bill and Floyd when we had all walked together to campus.

Before we reached my drop-off point near my classroom building, I began weeping. Perhaps I felt spiritually jealous. I wanted and desperately needed someone to fuel my spirit like that.

Then God’s Spirit nudged me: I also needed to be the kind of friend that Floyd was to Bill, someone who interceded for others, who shared encouraging perspectives from God’s Word spontaneously when it wasn’t part of a sermon I was delivering, a Bible class I was teaching, or an article I was writing for publication. (I was already engaged in those three formal ministries in my early 20s, but far less involved in more informal, relational investments.)

When Bill stopped the car to let me out, I hurried out of the back seat because I didn’t want them to see my tears. I jogged toward my classroom building, praying aloud, “Oh Lord, make me somebody else’s Floyd!”

Decades later, I still tend to professionalize ministry as a professor, writer, and as one who serves local churches through pulpit supply. But thanks to the Spirit’s use of Floyd’s example, I am also prone to write hand-written letters of encouragement, weep with and pray for hurting students in my office, and share insights from God’s Word spontaneously over lunch with students. I’m someone with an emotional tank that has a larger-than-normal capacity, which means I need more than the average number of ego strokes and verbal affirmations to feel good about myself. That’s all the more reason to ask the Lord to help me focus outwardly, to put fuel into others’ tanks, too.

I also learned from Floyd that the Lord doesn’t speak to me through His Word during my quiet time solely for my own benefit. I need to mull over this question more often: “Who else can benefit from something I’ve learned in the Word this week?” And I need to ask the Lord to give me just the right relational occasion and sensitivity to share it.

Scene 3   “Far be it from me that I should sin against the Lord by ceasing to pray for you” (1 Samuel 12:23). Words of the prophet Samuel to God’s chosen people.

After graduating in May of 1972,  Floyd and Diana moved back to Raleigh, where he took a youth ministry position in a church. In 1973, after my graduation, Dolly and I had a major decision to make concerning a ministry opportunity in Arizona. The position was a long way from our families and where we grew up in the southeastern U. S.  Facing what would be my first full-time ministry position generated a bit of fear and trepidation.

One evening, days before the deadline for our decision, the phone rang. Floyd, who knew about my Arizona ministry opportunity from another source, said, “I just want you to know that Diana and I will pray for you and Dolly every day until you make this decision. Keep us informed.”

Such a phone call (or text or email) is not uncommon today among Christians who are good friends. But that is the first time I had ever received a long-distance phone call assuring me of someone’s intercession. I don’t do it often enough, but when I’m feeling discouraged or depressed, I try to take my mind off myself by making personal contact with someone else going through a rough time. The cell phone or internet connection becomes a conduit through which the Spirit’s encouragement flows from me to that person.

The interesting thing is that God can give us the strength to make the call or to write the note of encouragement even when we are feeling low, when we don’t feel compassion for another at the moment. He honors our obedience, not how we feel. The fact that a call or note is a struggle for me to complete doesn’t mean my motive for doing it is wrong, or that I don’t genuinely care for the person.

Floyd played such a central role in my life that I named my second son “Stephen Floyd Powell.” That son turned 43 on October 31. Due to the tendency for self-centeredness when I’m emotionally depressed or hurting physically, I need to pray far more often than I do, “Oh Lord, please make me somebody else’s Floyd!”