SUFFERING IS NEVER FOR NOTHING

by Terry_Powell | Jul 11, 2022 | Christian Living in the Trenches, Depression and Faith 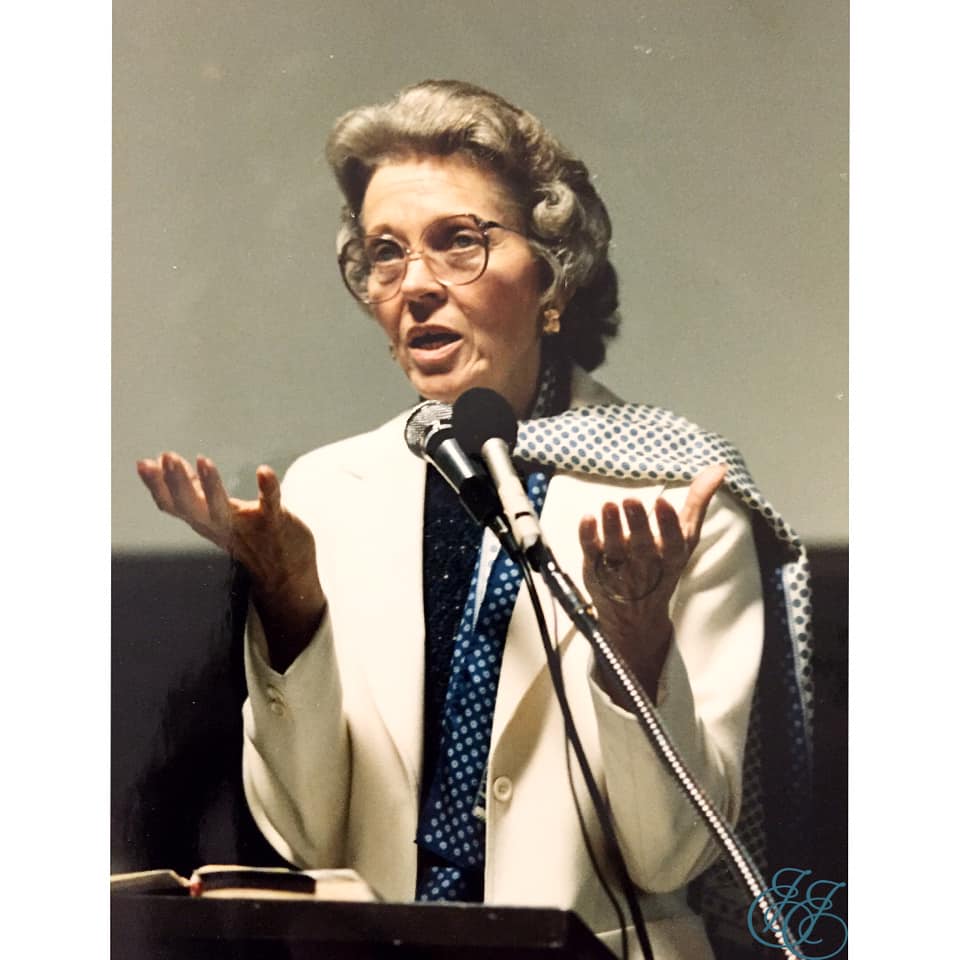 It’s one thing to read a person’s take on suffering who has a solid grasp of the Bible’s teaching on the subject. It’s another thing altogether, and a far better thing, to read an author whose personal experience of deep suffering complemented her deep knowledge of God’s Word.

Meet Elisabeth Elliot (1926-2015), a wife, mother, missionary, conference speaker and author of more than twenty books. Her first husband, Jim, was murdered in Ecuador by the very people he was trying to reach with the gospel. She lost her second husband to cancer. Yet, she admitted, “It was in my deepest suffering that I learned the deepest lessons about God.”

Suffering Is Never for Nothing, released in 2018, is based on a CD series of conference messages she gave on the subject of affliction. It is not a new release of an older publication. Over 1400 persons have given this book a 5-star rating on Amazon, which reveals how well her teaching resonates with readers.

Here’s a snapshot, far from an exhaustive list, of insights on suffering that I gleaned.

Here are a few statements that I underlined.

There have been some hard things in my life, as there have been in yours, and I cannot say to you, “I know exactly what you’re going through!” But I can say that I know the One who knows.

If we don’t ever want to suffer, we must be very careful never to love anything or anybody.

We often hear Job called a patient man but if you read the book of Job, you won’t really find a lot of evidence that he was patient. Yet he never doubted that God existed and he said some of the very worst things that could possibly be said about God. And isn’t it interesting that the Spirit of God preserved those things for you and me? God is big enough to take anything that we can dish out to Him. He even saw to it that Job’s howls and complaints were preserved in black and white for our instruction. So never hesitate to say to God what you really think and feel, because remember that God knows what you think before you know and He knows what you’re gong to say before you even think it.

Who are the people who have most profoundly influenced your life? Without a doubt, those who have most profoundly influenced my life have been ones who suffered. It was in that very suffering that God refined the gold, tempered the steel, molded the pot and broke the bread that made the person into something that feeds a multitude, of whom I have been one of the beneficiaries.

I don’t know any simpler formula for peace, for relief from stress and anxiety, than this  practical, down-to-earth word of wisdom: Do the next thing! That has gotten me through more agonies than anything else I could recommend.

Features of the Book that I Appreciate

Bible centered.  Elisabeth cites numerous texts that deal with suffering of God’s people. In addition to her reflections on the book of Job, her citation of these texts ministered to me: Psalms 46 and 91; 2 Corinthians 12:9-10; Isaiah 58:10-11; Hebrews 11; Philippians 1:29, and Revelation 7:16-17. Her commentary on Isaiah 55:22 is especially meaningful: “Cast your burden on the Lord and He shall sustain you.”  She wrote, “To my amazement and delight I discovered that the word burden in the Hebrew is the same word as the word for gift. This is a transforming truth for me. If I thank God for this very thing that is killing me, I begin to dimly and faintly see it as a gift.”

Quotes from Other Authors. Throughout the book, Elisabeth intersperses her own reflections with statements from highly respected writers: C. S. Lewis,  F. W. H. Meyer, Samuel Rutherford, Richard Baxter, Amy Carmichael, Fanny Crosby, George Mathison, and Corrie Ten Boom among them. In some cases, Elisabeth shares anecdotes about those writers which show their own experience of suffering.

Transparency. Elisabeth discusses the hard questions that roiled around in her mind and tells how the truths that comforted her were learned the hard way. You don’t get the impression that she’s offering cursory, unenlightened counsel.

After reading this book, Joni Eareckson Tada said, “Although our friend (Elisabeth) is now in heaven, we have a collection of fresh, insightful words from her that nourish us. This book is a wonderful portfolio of her ponderings on suffering, and as you peruse each page, imagine Elisabeth looking over your shoulder from the grandstands of heaven, encouraging you to embrace the Lord Jesus in your afflictions.”