CONTRASTS: Has Your Thinking about Life and Ministry Changed?

by Terry_Powell | Mar 19, 2021 | Christian Living in the Trenches, Church Leadership and Ministry, Depression and Faith 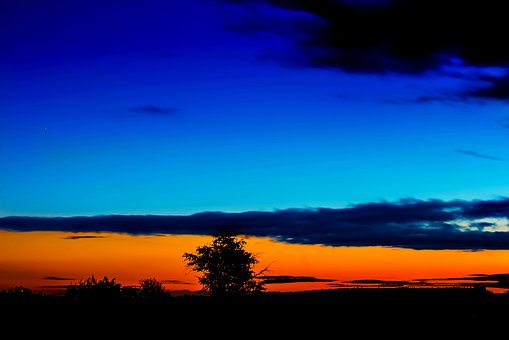 Can you identify with any of the ways my thinking about life and ministry has changed over the years? Topics in this post include persistent praying, public weeping as a Bible teacher, a  broken heart, temptation, indwelling sin of a believer, sources of identity, basis of our security, forgiving ourselves, the nature of spiritual growth, and more.

I once thought that I should not keep pestering God with the same requests over and over. After all, I figured He heard me the first time. Then I noticed that Jesus prayed the same thing three different times during one episode in the garden of Gethsemane (Mark 14:32-42). Jesus also told us to keep approaching God’s throne in prayer:  “I say to you, keep on asking, and it shall be given to you. Keep on seeking, and you shall find; keep on knocking and it shall be opened to you” (Luke 11:9, emphasis mine). I concluded that if Jesus commanded as well as modeled persistent praying, then I should keep pleading no matter how many times God answers with silence. If I only ask Him once, could it mean that I don’t want it all that much?

I once cared a whopping amount about what people thought of me. I was middle-aged before I realized that they seldom do, anyway.

I once assumed that weeping in public as a Bible teacher or preacher was a sign of weakness, instability, and fragile faith. Then I discovered that wasn’t necessarily the case. I studied Scripture more and saw how many heroes of the faith wept (Isaiah, Jeremiah, King Josiah, Ezra, Nehemiah, Peter, Paul, and Jesus himself, just to name a few). I studied church history and saw how many giants of the faith cried, sometimes in public. (Charles Spurgeon and George Whitefield immediately come to mind.)

Rather than a weakness or a sappy indiscretion, perhaps a teacher’s weeping is a sign of a soft heart toward God and others, or an indication that the truths we teach have first penetrated our own hearts. During a time of repentance, King David said to the Lord, “You do not delight in sacrifice, otherwise I would give it. You are not pleased with a burnt offering. The sacrifices of God are a broken spirit, a broken and contrite heart, O God, You will not despise” (Psalm 51:16-17). I no longer apologize if my message grips me so much that my eyes overflow because the truth has first squeezed my heart. Yet I often ask the Lord to govern such instances so I weep for the right reasons.

I once considered the horrendous emotional pain of a broken heart as something to avoid at all costs. Now I understand that God’s grace can seep into my heart more readily when it is cracked. I am a lot more teachable and responsive to God’s Spirit when I am hurting.

I once viewed accepting the Lord and the Christian gospel as a great way to live. But the longer I live and study the Bible and church history, I perceive it as an invitation to come and die. “If anyone wishes to come after Me, let him deny himself, and take up his cross daily, and follow Me” (Luke 9:23). I see more clearly than ever that God does not exist for my sake; I exist for His sake (Isaiah 43:7).

Hmmm….In ancient times, people only did one thing on crosses: they died.

I once thought that if I am a Christian and serve the Lord faithfully, I won’t struggle as much with sin and temptation later in life. Oh, I knew I wouldn’t be sinless, yet I concluded that the more mature I became, the less spiritual warfare I would face.

Wrong! I can’t believe I was that naive! The longer I know Christ and serve Him, the more convinced I am that I will always be vulnerable to and the object of temptation for at least three reasons.

(1) If Satan tempted the Son of God three times and kept coming back after Jesus had resisted him (Matthew 4:1-11), the enemy will certainly persist with me. “Be of sober spirit, be on the alert. Your adversary, the devil, prowls about like a roaring lion, seeking someone to devour” (1 Peter 5:8). No matter how many years I effectively serve the Lord and successfully repel Satna’s lures, he’ll keep after me with bulldog tenacity.

(2)  My New Testament prof, Merrill C. Tenney, once said, “Satan will never oppose insignificant work.” He implied that the more we strive to do for the Lord, the bigger threat we are to the enemy. Remember this the next time you plan to share your faith with a neighbor, teach a Bible class, launch a new ministry in your church, or commit to intense intercession for a loved one or a missionary. My most challenging spiritual attacks come when I’m writing directly about depression, prior to giving public testimony of God’s grace in the midst of despondency, anytime I preach in a local church, and when I travel overseas to teach in a country dominated by a false religion. Check out the chapters in Acts outlining Paul’s ministry. Each time he reached a new location and started making inroads for the gospel, both human and spiritual opposition escalated.

Be concerned only if you aren’t facing some form of spiritual warfare.

(3)  Despite my salvation and the presence of God’s Spirit within me, I still battle what Puritan devotional writer John Owen called, “the indwelling sin of the believer.”* In addition to Satan, I deal with an internal foe. Yes, Owen insisted that relying on the Holy Spirit enables us to kill patterns of sin (Roman 8:11-13) and that slavery to sin is not inevitable. Yet he believed there is still a penchant for sin in the human heart, to the point that we cannot unreservedly trust it. I once grimaced as I read a best-selling Christian book written to men (over one million copies sold). Without qualification, the author kept urging men, now that they were redeemed, to “trust their heart.”  BUT if I could trust my heart, why would I need to obey Proverbs 4:23?  “Watch over your heart with all diligence, for from it flow the springs of life.”

I’ve discovered through my own painful experience and by observing other Christians that there is an apt word describing the person who trusts too much in himself. Victim. As novelist George MacDonald put it, “The only worse thing than being a sinner is not being aware of it.”

I once sought my identity and sense of significance in what I did for the Lord: my teaching and writing. Now I’m trying to rest in my real source of identity and significance: Jesus’ accomplishment, not mine, or what He did for me on the cross.

Like a lot of other people, I tend to base my security on what I own: my debt-free house, my savings account and investments. But as I age, a central insight is increasingly coming into focus: I’m secure because of who owns me: “Do you not know that your body is a temple of the Holy Spirit who is in you….and that you are not your own? You have been bought with a price” (1 Corinthians 6:19-20, emphasis mine). The price paid for me was the “precious blood, as of a lamb unblemished and spotless, the blood of Christ” (1 Peter 1:19). Indeed, to quote John Piper, “I am as secure as the blood of Christ is precious!”

Years ago, sins that I committed nagged me long after I confessed them and left them behind. I couldn’t forgive myself. Then as the doctrines of salvation and the cross became more familiar, I realized that an unwillingness to forgive myself is a theological problem. It means I’m assuming that Christ’s death was not sufficient for dealing with my sin. I had to add to His suffering by moping around, feeling miserable, as a way of showing the Lord how sorry I was. What heresy to think that I needed to add to Jesus’ sacrifice! “There is now no condemnation for those who are in Christ Jesus” (Romans 8:1).

In my younger years, I often prayed, “Lord, please use me more!”  Now I pray, “Lord, make me more usable.” To employ Ron Dunn’s term, the more usable I become, the more God will use me.

Once, I admired teachers and preachers who had a thorough handle on biblical truth and could proclaim it with extraordinary passion on TV and in front of large crowds. Admittedly, I even envied their large platform for the gospel.

To my chagrin, it is increasingly obvious that great giftedness and extensive Bible knowledge are not always accompanied by maturity. I no longer envy or elevate anyone based solely on his or her presentation skills. (A heads up to church Pulpit Committees: the more you swoon over a candidate’s public presentation skill, the more important it is to check out his character traits, family and workplace relationships, and second-tier references. I can tell you horror stories of churches who investigated a candidate too superficially because they were so enchanted by his preaching that they concluded prematurely, “He’s our man!”)

For many years, when I felt unappreciated for my teaching or writing or other forms of service, I pouted. Now, though it isn’t easy, I ask God for the strength to write or call someone and tell him why I appreciate who he is or what he has done for the Lord.

Formerly, I viewed flying somewhere to teach a seminar or a course, or to preach, as a glamourous indication that I had arrived as a workman for God. Whether the location was Los Angeles, Denver, San Antonio,  Minneapolis, Seattle, Chicago, Tampa, South Korea, St. Lucia, St. Vincent, Grenada, India, Sri Lanka, Switzerland, Ukraine, or Canada (just a few of the places I’ve taught), the invitations made me feel special and important.

Now, I realize that my former attitude reflected pride, as if God couldn’t get along without me and my gifts. I’m finally willing to admit that God will exist after I die. Now, I know that God is jealous of His glory and doesn’t want His servants to claim a share of it (Isaiah 42:8).

So now, when I travel to teach or to preach, I just feel….tired.

For a long time in my personal pilgrimage, I’d have a spiritual growth spurt and move three steps forward, then flounder and move back two steps. Oh, how frustrated and self-critical I became! More recently, more aware than ever of the potential for sin within me, I rejoice because, if my math is correct, I still gained a step. Slow progress is better than none.

For a long time I berated myself because I was not yet the man or the Christian I wanted to be. Now the Holy Spirit whispers, “Terry, you may not yet be who you yearn to become, but due to My grace, you are not who you once were, either!”

In relation to Christian living or ministry, in what ways has your thinking changed over the years? I’d love to hear from you.

*A deep, penetrating look at the human heart in relation to sin and temptation is offered in the pages of Overcoming Sin and Temptation: Three Classic Works by John Owen. Released by Crossway Books in 2006, the editors of Owen’s works are Kelly Kapic and Justin Taylor. John Piper considers Owen the greatest among the Puritan devotional writers. I urge you to get this book, but go slowly through it. Grasping and applying the biblical teaching in it requires concentrated effort, but boy, it is worth it!