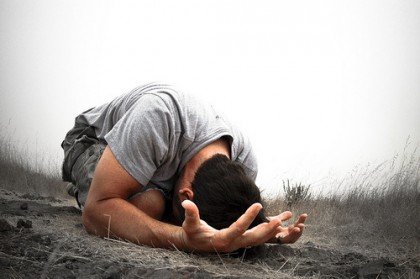 Do we dare ask God to search our hearts?

Some prayers are more dangerous than others. One type of prayer that has far-reaching consequences is to ask the Lord to search your heart for hidden sin, or for wrong patterns of thought. This happened to me years ago during meditation on Psalm 139:23-24: “Search me, O God, and know my heart; try me and know my anxious thoughts; and see if there be any hurtful way in me, and lead me in the everlasting way.”

The problem with praying these verses is that God will answer you!

For weeks after praying the verses, I became increasingly conscious of a tendency to stretch the truth; of wrong thoughts that I’d rationalized as being “par for the course” for men; of attitudes that kept me from greater intimacy with people close to me, and of a tendency to complain too much about physical pain. The raw grief associated with bitterness also throbbed more than usual. It was as if all hell broke loose in my heart.

But God was merely answering my prayer, shining His Spirit’s light on sins that I had been tolerating all along, as well as exposing unresolved hurts from my past. I was more sensitive to them, and I didn’t like what I saw! True conviction of God’s Spirit inevitably causes pain. Yet this exposure led to heartfelt bouts of confession and petition, and a state that was just a little closer to the elusive goals of purity and peace of mind. I just had not known that things would get worse before they’d get better.

Long ago, the late Christian counselor Bill Crabb told me that if I choose to deal with inner issues such as past hurts, the fallout of the dysfunctional family in which I grew up, or even my own patterns of sin and selfishness, that things would probably get worse before they got better. I wasn’t sure I believed him at the time.

I do now. Satan doesn’t yield any foothold he has in our mind or heart without a fight. Sometimes, the price of peace is a horrific battle.

To my chagrin, I discovered  that exposure of  wrongs nestled in the dark corners of my heart, as well as bringing past hurts caused by others’ sin into the light, indeed increased the pain for a while. The Spirit’s revelation of “hurtful ways in me” generated lots of discomfort. Yet it was like the pain of major surgery, a necessary part of the healing process.

The poem that follows represents an amplified version of what I prayed.

Please search my heart with Spirit’s light.
In every part look for the blight
of hidden sin in every form.
Probe deep within until the norm
is a new reign that sets me free
from ways of pain that hinder me.

What You expose will threaten hell.
My spirit knows Satan will rail
against this threat to long-held throne.
But I don’t fret. I’m not alone.
For You will wage the war within
that quells his rage, and You will win.

My heart without Your Spirit’s gaze
is plagued by doubt and selfish ways;
by petty greed and foolish lust;
by strong felt need that always must
be catered to. It’s so absurd.
I can’t see You or hear Your Word.

So Lord, reveal all hurtful ways
until I feel Your Spirit’s rays
reviving me, and it’s not strange
that my heart be a place of change.
Take what’s impure and caused me shame.
Be my allure. Exalt Your name.

Can you make this poem your prayer, too?

Just don’t do it lightly. Exposure of wrong hurts before it heals.