God Does All Things Well 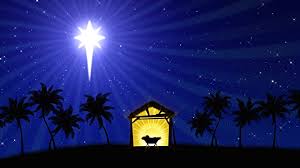 Right after God delivered Israel from bondage in Egypt, the Moses-led multitude found themselves between the proverbial rock and a hard place. In front of them, the Red Sea. Behind them, owing to Pharoah’s change of heart, the Egyptian army in hot pursuit. During the night, God sent a strong east wind that divided the waters, allowing His people to cross the next day. But when the Egyptians ventured into the sea bed, the walls of water collapsed, devouring every single one of the pursuers.

I’ve heard this Bible story since I was knee-high to a dachshund.  Here’s what leaves the biggest imprint on my mind. No matter how hard the wind blew the night before,  it would inevitably have taken days, perhaps weeks, before the earth would be dry enough for God’s people and their supplies to cross, without getting bogged down in the mire. Yet look at the fact I’ve highlighted in the biblical narrative:

“The Lord swept the sea back, by a strong east wind all night, and turned the sea into dry land…and the sons of Israel went through the midst of the sea on dry land” (Exodus 14:21-22).

No mud stubbornly clinging to their sandals. No supply carts stalled in the muck. No slogging through a quagmire that resulted in a slug-like pace and the world’s all-time biggest wash day when they reached the other side.

God does all things well.

A whopping multitude–5000 men, not counting women and children–heard Jesus teach throughout the day. By the time He finished, folks’ stomachs were growling.  Jesus took one boy’s five loaves of bread and two fish. After thanking God the Father for the provision, and after organizing the people into groups of  hundreds and fifties, Jesus began dividing the loaves and fish…and kept dividing the loaves and fish…until everyone ate.

The leftovers amounted to “twelve baskets with fragments from the barley loaves” (John 6:12).

In his account, Mark emphasized, “they all ate and were satisfied” (Mark 6:42).

Not finger-food samples to tide them over until they got home. No parents foregoing their meal for their children’s sake. No early adolescents with bottomless-pit stomachs clamoring for more.

They all ate. They were filled, eating as much as they wanted. The taste must have passed muster, because they were all satisfied.

I wonder who ate the leftovers?

Jesus does all things well.

Jesus had already appeared to His disciples in resurrected form. Sometime thereafter, Peter and a few other followers of Jesus went fishing. Trying all night, they caught nothing. Then at daybreak, a man yelled from the shore, instructing them to throw the net on the right side of the boat. At first, they didn’t know it was Jesus,  yet they heeded instructions. What did they have to lose?

John 21 tells what happened next. Again, focus on the facts that I’ve italicized.

“They were not able to haul it in because of the great number of fish” (John 21:6). When they realized Jesus was responsible for the catch, they joined Him on the shore. He said, “Come and have breakfast.”

He had already started a charcoal fire and was cooking for them His own catch of fish (vs. 9).

(How much would you give if you could go back in time and sit around that camp fire and eat with them? No doubt what He cooked eclipsed in taste anything you could get at IHOP or Bob Evans. And the fellowship would be, well…divine.)

Look closely at John’s description of the disciples’ catch. The net was “full of large fish, a hundred and fifty three, and although there were so many, the net was not torn” (vs. 11). Enough fish to feed their families for days and still make money selling some in the market.

Not small fish, with little to show for cleaning them.  Large fish.  Not one for each disciple–153!  And that’s not counting the fish already cooking on the charcoal fire.

Since His ascension was just around the corner, I figured He’d take the opportunity to give one final workshop on how to spread the gospel. He’d be leaving this unlikely group of men the responsibility of communicating His life-saving message. But no, He knew they were bone-tired and starving. What a practical Savior!

Jesus does all things well.

Moral darkness pervaded the earth’s atmosphere. Sexual license, rampant greed, bloody wars, plus religious fraud and pride were just a few of the symptoms of man’s rebellion against His Creator.

Could anything, or anyone, penetrate the darkness of sin?

Not even God’s chosen people had heard a fresh word from Him for four centuries. They kept on yearning, century after century, for the long-awaited Messiah who would deliver them from enemies within and without. They clung to the hope of a King who’d usher in an earthly reign of righteousness and freedom.

Not born in a palace, but in a stable.

Not from the loins of a powerful earthly ruler or aristocrat, but from a seed planted in the womb of a young girl by the Holy Spirit.

Not to lord it over people in this world, but to rule in another type of kingdom altogether.

Not raised in privilege or comfort, but as a carpenter who crafted tools and furniture. (Oh, don’t you wish you had an item literally shaped by His hands?)

Not impervious to the afflictions of His creatures, but one who experienced physical torture, temptation, and human rejection.

Not to lead an army of zealots against the forces of Rome, but to wage war against the devil and his stronghold on human hearts.

Not to clash against foes on a battlefield, but to fight fiercely against unseen forces while impaled on two heavy beams of wood, crossed at Calvary.

Not to wear a crown of gold and jewels, but a prickly, thorny crown.

To win the fight, not when the battlefield emptied of enemy soldiers, but when His tomb emptied, resulting in “the death of death.”

Do you know Him?

God does all things well.